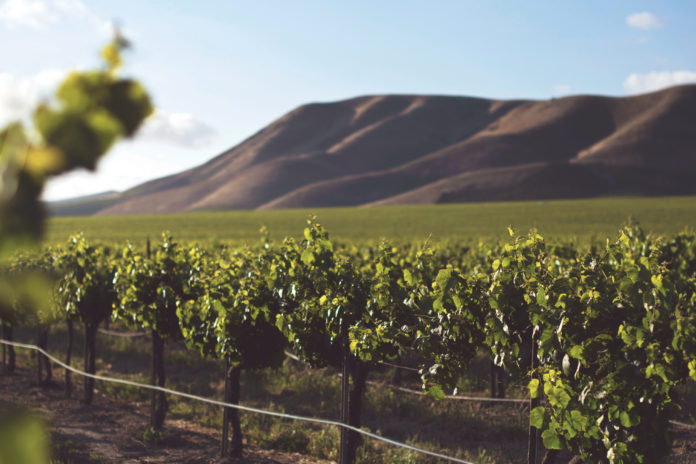 Want to know what the future of cannabis legalization will hold? Just look back to the wine industry’s past.

Even without a ﬁrm date for the legalization of recreational cannabis in Canada, every province and territory across the country has announced a general framework for its wholesale distribution and retail. Perhaps unsurprisingly, every jurisdiction has placed authority over cannabis in the hands of government-controlled liquor commissions. While some experts maintain that the combination of the wine and weed industries is a far-from-perfect partnership, there’s no denying that the two share an incredible number of similarities, speciﬁcally in terms of history, regulation and competition for tourism and disposable dollars, as well as product and industry innovation.

At different points in Canada’s history, both liquor and cannabis have been subjected to federal and provincial prohibition. Alcohol was restricted across most of the country starting in 1916 in Alberta, Manitoba and Ontario. All provinces except Nova Scotia and Prince Edward Island repealed prohibition by 1927. In contrast, cannabis was added to Canada’s controlled substance lists in 1923 under what was called the Narcotics Drug Act Amendment Bill, where it has remained for 95 years.

Jeff Guignard, executive director of the Alliance of Beverage Licensees, which represents British Columbia’s private liquor industry, says that the moment when alcohol went from prohibition to full legalization is similar to cannabis, not just in terms of moving a controlled substance from the black or grey market, but also in discussions around appropriate public and social use, taxation and distribution.

“Once upon a time, and just like cannabis today, you had to get a licence to buy liquor, or you could get a doctor to prescribe alcohol for you,” Guignard shares. “Doctors wrote more than 180,000 prescriptions a year. A licence would cost about ﬁve dollars—almost a full day’s wages at that point in time.”

The alcohol retail model in Canada also started with very strict rules. Guignard describes early provincial liquor stores as cold and uninviting, like a bank, with cordoned-off sections where a consumer would ﬁrst have their licence checked before moving to the next area to place their order, ﬁnally receiving their product at a third checkpoint.

“Over several decades the industry has evolved to become the vibrant system we see today,” Guignard continues. “We’ll see a similar evolution in the cannabis sector, where it will move from being tightly controlled, including current prescriptions and licences, to a more relaxed model.”

The Taste of Freedom

Indeed, with a looming deadline, Canadian jurisdictions are limited not only by time and ﬁscal resources, but also by experience and talent, so each province must either re-invent the wheel or use systems that are already in place. Since the liquor system already supervises a recreational substance that carries concerns about public health, age restriction, training around responsible consumption and tax collection, it suggests that partnering cannabis with liquor corporations is the obvious choice.

“The centralized procurement, supply chain and sales systems for cannabis can be directly modelled after alcohol, and once seed-to-sale data collection processes are in place, the government can also collect taxes as part of its core function,” explains Trace Hanlon, a founding partner at CannAvolve, which helps cannabis producers build retail sales opportunities for their brands in Canada.

This idea is echoed by Damian Kettlewell, CEO of BlissCo Health, a late-stage ACMPR (Access to Cannabis for Medical Purposes regulations) applicant company, and a fourthgeneration partner of JAK’s Beer Wine Spirits, which operates 11 private liquor stores across British Columbia. “There is already a very able, professional and effective workforce that runs liquor distribution and retail centres,” he says. “This allows public officials to get consumer, health and sales data in the fastest and most reliable way possible.”

Have Cannabis, Will Travel

Despite suffering through temperance and prohibition in the 19th and 20th centuries, wine is now regarded as a luxury accessory, or at least a prestige commodity. Trained wine and beer professionals, known respectively as either sommeliers or cicerones (when certiﬁed), are respected champions of their industry. In response, cannabis advocates are working tirelessly to shake the red-eyed stigmas associated with stoner culture, and have branded industry experts as “cannoisseurs” and “budtenders.”

Kettlewell notes that the two industries also share a consumer-driven thirst for education that already supports a vibrant tourism industry in legalized states like Colorado and Washington. “When our federal government allows or regulates the visitation of cannabis facilities, just like tastings and tours at boutique wineries or craft breweries, people will enjoy elevated and educational cannabis experiences,” he predicts. “There are currently 18 licensed cannabis producers in B.C. alone, versus nearly 350 wineries. In a short time, we’ll likely see more than 100 producers, including licensed microprocessors, which will help drive the tourist industry.”

Cannabis tour companies in the U.S., especially those within close proximity to wine country or craft beer hubs, are becoming increasingly popular, as are cannabis-themed long-table dinners and ﬁne dining experiences led by internationally trained chefs.

It’s only relatively recently that the centuries-old wine and spirits industry has expanded across other product lines, moving into creams, coffee, syrups, sauces, desserts and more.

Already, we see a similar development happening in the world of cannabis. “The market is not just about smoking,” says Guignard. “Once oils, extracts and edibles are regulated, we’re likely to see rapid innovation in the sector, including diverse lines of edibles, meals and of course, cannabis-infused alcohol beverages.”

In October 2017, alcohol giant Constellation Brands announced that it was purchasing an almost 10-percent stake in Canopy Growth Corp., a Canadian licensed producer, for approximately $191 million, intending to produce cannabis based drinks as soon as they are legally able to do so. A few months later, Edmonton-based Aurora Cannabis signed a deal to purchase nearly 20 percent of Liquor Stores N.A. Ltd., planning to convert some of its more than 230 private liquor stores to cannabis outlets, while building all new cannabis retail locations.

According to Hanlon, these moves prove that wine and weed companies are looking to diversify and strengthen their portfolios, rather than cannibalizing each other’s potential proﬁts. “These are signals to the world that Canadian cannabis brands are big business and here to stay.”

Companies like Aurora and Canopy are thinking long term, far ahead of regulatory conﬁrmations. “The weed and wine industries are about creating complex consumer experiences,” says Guignard. “You can imagine in a few years that instead of a few friends enjoying a bottle of Prosecco, they might share a bottle of cannabisinfused liquid, that has some sort of shortterm euphoric experience, but without a hangover or any other deleterious effects.”

Of course, another reason that liquor players are partnering with cannabis companies is because they are expecting their share of consumer disposable dollars to decline. Available reports already indicate that alcohol purchases have decreased between 15 and 20 percent in U.S. states where cannabis is regulated.

“Evidence suggests that each substance is a strong substitute for one another,” Guignard believes. “If you have 20 bucks and walk into a store, you’ll pick one or the other. But since B.C. is a mature market for both liquor and cannabis, my guess is that consumers have already made that decision, so we don’t expect the sales disruption to be that signiﬁcant.”

While we may not see total freedom in the market right away, change is inevitable in the future. “From a common-sense persp-ective, for lovers of both cannabis and alcohol, let’s just celebrate that it’s legal ﬁrst,” concludes Kettlewell. “Let’s reﬂect on the fact that liquor is legal in Canada and we’ve made a lot of strides in that industry. We’ll continue to engage with the government in a thoughtful and mindful way to see cannabis regulations progress. They will evolve much faster than beverage alcohol, which is a great thing on all sides.”