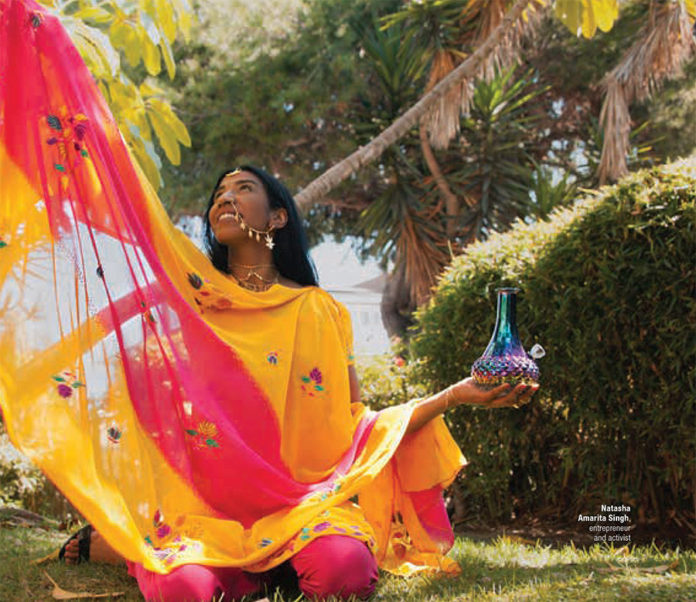 A women-led community offers a hub for personal stories and entrepreneurial empowerment.

It’s as if the end of cannabis prohibition was timed perfectly to harmonize with the resurgence of a women’s movement. Discovered centuries ago by women in hunter-gatherer communities, cannabis was commonly used to treat a litany of labour, menstruation, menopause and postpartum complications. It was this inherently feminine, and forgotten, backstory that inspired Jessica Assaf, 28, to start a women’s collective that celebrates both the plant and the power of women: Cannabis Feminist.

As a growing community of women connected through social media, Cannabis Feminist aims to transform cannabis into a universal wellness product, and empower women to lead the burgeoning industry. Members can join and follow the community through their vibrant social media platforms and blog, which encourage them to attend and host sharing circles, bake sales and cannabis-themed socials of their own.

“Now, because of where we are in our political climate, the world is ﬁnally ready to go back to the feminine roots of cannabis,” says Assaf. After ﬁnishing her MBA at Harvard Business School in 2016, she returned to California with the idea of bringing women into one room to medicate and feel safe sharing ideas. What began as 40 strangers in her Venice Beach living room has blossomed into community of thousands, with arms reaching across the United States.

And while these Cannabis Feminist meetups started as an opportunity for support and socialization, they’ve since taken on an entrepreneurial life of their own. “Women started bringing products they created in their own kitchens to the gatherings, not only because they love cannabis but because they want to contribute to the new economy,” Assaf explains. These events now transform ordinary residences into lively pot bazaars with hundreds of attendees shopping tables of assorted edibles, creams and elixirs infused with cannabis. While the gatherings are open to the public, they are run by the female entrepreneurs who are creating the products. Assaf says these DIY markets and smallbatch ventures are a crucial building block to what many predict will be the ﬁrst billion-dollar industry led by women: an industry centered around empathy, knowledge and empowerment. 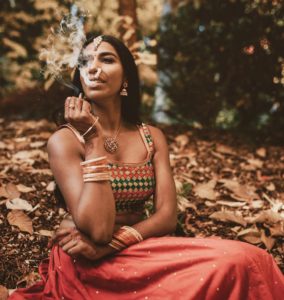 As the Cannabis Feminist community grew, Assaf realized there is also a need for cannabis education. Using the CF website as her platform, she began publishing a series of stories called “Cannabis Coming Out,” which shares stories and photos of women who are actively selfmedicating—like entrepreneur and activist Natasha Amarita Singh, a henna artist, who opens up about her personal experience. After several disappointments with pharmaceutical drugs, Singh turned to cannabis to ease her anxiety and PTSD. “I trust this plant more than any other drug a doctor has prescribed,” Singh says in the powerful post. She, among many other featured women, are using platforms like Cannabis Feminist to disseminate myths and advocate for cannabis.

Assaf is launching her own line of CBD wellness products this year, and believes that the only way to combat the plant’s dark history of misinformation is through collective empowerment and entrepreneurship. “It is women’s voices that are now the [source of education] to how we can use cannabis,” she says. “The future of normalization lies in sharing the vulnerability and strength of the female experience to educate the masses.”