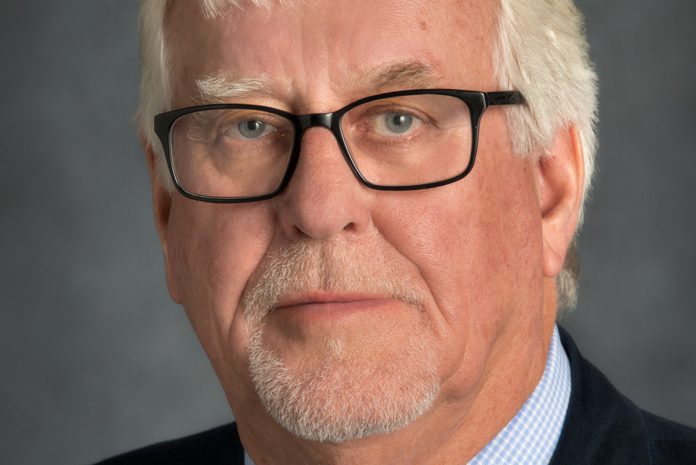 Dr. Perry Kendall is renowned as one of Canada’s leading public health professionals.

Kendall served as BC’s Provincial Health Officer from 1999 to 2018. As B.C.’s senior public health official, he was responsible for advising the provincial government on health issues and promoting innovative policies and actions to protect public health.

Having courageously and effectively advanced progress on a number of complex health issues, including HIV and AIDs transmission, Indigenous Health disparities, and the opioid crisis, Dr. Kendall has received multiple awards for his work, including the Queen’s Diamond Jubilee Award and the Order of BC.

Known for his evidence-based policies and approaches to some of society’s most difficult and challenging health issues. Dr. Kendall most recently served on the Federal Cannabis Task Force providing the Canadian government with recommendations for the legal cannabis framework.

What is your stance, and what are your thoughts, on the legalization of recreational cannabis?

“Along with the majority of public health practitioners in Canada, I have long advocated for legalization and public health oriented regulation of cannabis for adults.”

What do you think the benefits will be to recreational legalization?

“The benefits are that adults will be able to consume a product which in almost all respects is safer than alcohol, without fear of legal consequences. The product will be of known consistency and quality, revenues will no longer be diverted to non-taxable, possibly criminal enterprise.

“Taxes on the products can be directed to educating on lower risk use, and towards treatment for those who may encounter harms from use. Additional benefits are that scientific studies on the mechanisms by which cannabinoids act of the body are being facilitated, laws that are inequitable applied and largely ignored will be taken off the books, and hopefully, underage individuals will find access less easy, and less desirable.”

And what are your concerns?

“We in public health are concerned about the pressure to commercialize and promote use, and possible regulatory capture by an aggressive industry. We have seen this happen with alcohol over the past two to three decades.

“We have seen increased access result in increased consumption and a clear link to increased harms resulting from that. There may be an offset, in that in most respects cannabis is inherently less harmful than alcohol, and at a population level one can make a good case that switching from alcohol to cannabis would result in overall fewer harms to society – but this remains an hypothetical, and most public health practitioners recommend a cautious approach initially.”

There has been much discussion about continuing or discontinuing the medical marijuana system once legalization takes effect. Do you think there is still a place for the medical system? And why or why not?

“I support continuing a separate medical access stream as a way of ensuring ongoing research into the endocannabinoid system and further exploration of the potential therapeutic roles of cannabinoids other than THC, in a variety of disease states.”

I understand you are opposed to selling cannabis in B.C. liquor stores. Why is that?

“The commercialization and promotion of alcohol in B.C. has clearly resulted in increasing harms. There is good evidence that the social and health costs of alcohol to the government and people of B.C. exceed the revenues generated.

“Co-location of cannabis with alcohol would potentially expand its reach into the public. Government liquor stores alone boast of 40 to 50 million customer encounters every year. This vastly exceeds the present encounter rate for cannabis customer encounters and goes back to public health concerns around significant over-commercialization.

“In addition, with concerns over driving and impairment, the significantly enhanced impairment that results from co-consumption of THC and alcohol that might result from co-sales, should be avoided.

“A final point. The regulatory regime for cannabis will not permit entry to persons under the age of majority. Persons under this age can accompany adults into premises selling alcohol and this would be counter to one of the goals of legalization – which is to reduce under-age access.”

Where should recreational cannabis be sold?

“From a public health perspective, government monopoly offers the best option to maintain a public health oriented regulatory framework and provide access while reducing harms. However, pragmatically, a mix of licensed private and government run stores, with online access where physical locations are not feasible to operate is what we will see.”

How strong is the science in terms of medical benefits to cannabis?

“It is definitely getting stronger in my opinion – but more knowledge needs to be generated in ways that meet peer reviewed scientific criteria.

“Interestingly, physicians are far more comfortable prescribing drugs with many more serious side effects than cannabis has, than they are in prescribing cannabis.”

Do you believe doctors are educated enough on the benefits of marijuana?

“I do not. Most of the science of the past few decades has been seeking to prove the harms caused by cannabis rather than its benefits.

“Like stating that pediatric psychiatry causes pediatric mental illness because kids who see psychiatrists are more likely to get a diagnosis of psychosis than kids who don’t. So I think we still have a long way to go in creating the evidence base for health care practitioners that meets the standard they are used to.”

“My public health colleagues are optimistic that we will, sooner rather than later, see this regulatory approach applied to other, presently illegal, psychoactive substances, where arguably the harms of prohibition outweigh any putative benefits.”

Dr. Kendall is speaking at the upcoming Cannabis Hemp Conference & Expo set for Sept. 28 to 30 in Vancouver.