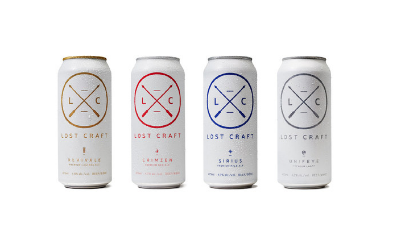 And since the beer is brewed from cannabis, rather than barley, it will be naturally gluten-free and low in calories and sugar.

Province Brands of Canada — the Canadian company developing the world’s first beers brewed from the cannabis plant — has announced an agreement with Lost Craft Beer, one of Ontario’s fastest growing and award-winning craft beer companies.

This process will start once the manufacture and sale of such products are legalized in Canada, according to a release.

“Under the agreement Lost Craft and Province Brands will collaborate to launch non-alcoholic beer brewed from cannabis, which will intoxicate using marijuana instead of alcohol,” according to Province Brands of Canada. “The beer will be sold wherever cannabis can be legally sold in Canada under the Cannabis Act once such sales are legal. All beer brewed under this agreement will be marketed under the Lost Craft brand name.”

Over the past two years, Province Brands of Canada says it has developed a patent-pending process for brewing a premium beer from the cannabis plant.

The first steps in the brewing process, milling and “mashing,” requires specialized equipment and technology, which would not be found in a normal brewery.

Lost Craft Beer Founder Shehan De Silva said the company chose to work with Province “as a result of their significant expertise and are looking forward to expanding the breadth of our beer portfolio with products at the forefront of brewing innovation.”

“This is a dream come true,” said Dooma Wendschuh, CEO and Co-Founder of Province Brands. “I’ve loved Lost Craft beer for quite some time and it’s an honour and a privilege to work with a company whose values and dedication to quality and craftsmanship so closely mirrors ours at Province. I really can’t wait to taste the beer we come up with together. We look to form more of these partnerships as the market for cannabis-powered beer expands.”