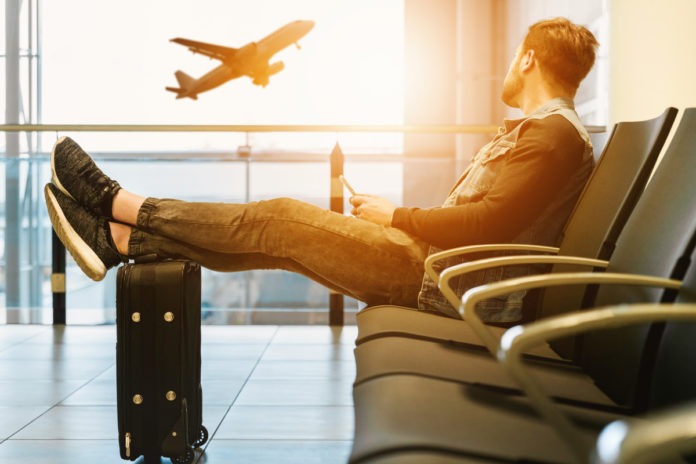 Recreational cannabis is legal in Canada, offering travellers a brave new world to explore – and a host of brand new regulations to navigate.

Although all methods of communal travel previously banned the possession of cannabis on board, policies are changing since legalization has come into force.

But are they any simpler?

Greyhound, Canada’s largest provider of inter-city bus transportation, now allows passengers to carry recreational cannabis on domestic trips in “checked luggage under the coach,” according to Greyhound representative Crystal Booker, and medical cannabis in checked luggage or carry-on (documentation may be required for the latter).

Travellers Sean and Jason of Ottawa (who declined to give their last names because “my mom will hate this”), both 20, approached this reporter outside Montreal’s Central Bus Terminal to request a light for their joint and cheerfully agreed to answer a few questions while killing time between connecting bus routes.

“We brought our own weed [on the trip] since we don’t want to have to go out and look for it in a random city,” says Jason, noting that “sometimes the bus security checks your bag though.”

“But the train doesn’t check for weed ever,” says Sean. “Not even carry-on.”

Although they do reserve the right to examine baggage, Via Rail now allows passengers to carry the legal limit of cannabis in checked bags and carry-on luggage.

Smoking and vaping remain prohibited on trains and in all stations.

Conversely, one Canadian airport has embraced legalization so far as to designate certain areas for cannabis consumption.

Other major hubs, such as Pierre Elliot Trudeau in Montreal and Lester B. Pearson in Toronto, have indicated no intention to provide travellers with areas in which to smoke or vape cannabis in the near future.

Canadians are allowed to carry up to 30g of dried cannabis flower on all domestic flights, but it’s important to keep in mind that even domestic air travel is not a free-for-all when it comes to the possession of cannabis.

“Please be advised that unforeseen situations may and do arise that require a domestic flight to divert to a U.S. airport, where arriving in possession of cannabis is not legal,” Air Canada notes (somewhat ominously) on the new “Cannabis and Travel” section of its website.

“If you are refused entry into a country because you have cannabis in your possession, you alone will be responsible for the consequences, including for payment of your return trip home.”

Despite the legalization of recreational cannabis in many states, cannabis remains illegal under federal law in the United States. Travellers cannot bring cannabis across the border, in either direction, for any reason.

“Previous use of cannabis, or any substance prohibited by U.S. federal laws, could mean that you are denied entry to the U.S. Canadians travelling for reasons related to the cannabis industry may be deemed inadmissible,” according to the Government of Canada’s new “Cannabis and International Travel” section on its website.

“Do not attempt to cross the Canada-U.S. border with any amount of cannabis in any form, even if you are travelling to a U.S. state that has legalized possession of cannabis. If you do so you can expect legal prosecution and fines, and possibly jail time,” it adds.

Medical cannabis is no exception.

Last month, High Times reported that an unnamed Canadian cannabis investor, who had operations in both Canada and the U.S., was travelling to a Las Vegas conference and received a lifetime ban after disclosing that information to U.S. officials.

Other industry workers complained of being detained in pre-clearance at a Toronto airport en route to the same conference.

One thing that has remained consistent since legalization is the wait time at the border.

“Since cannabis legalization in Canada, there has been no noticeable change in the number of personal searches by the CBSA, and border wait times at Canadian ports of entry have not increased,” confirms Robertson.

If at this point an old-fashioned domestic road trip is sounding far less complicated and carefree, curb that optimism.

Regulations regarding the storage, possession and quantity of recreational cannabis in a vehicle vary drastically from province to province.

Cannabis enthusiasts wishing to travel inter-provincially by car should plan their route in advance and do some research in order to prevent running afoul of local legislation.

But despite the web of rules, cannabis enthusiasts should enjoy their travels.

“Just throw some Bounce sheets into your suitcase and bring edibles for the ride and relax,” advises Jake.

“The regulations need to chill,” he says. “You’re just moving around with a plant. It shouldn’t have to be a big deal.”