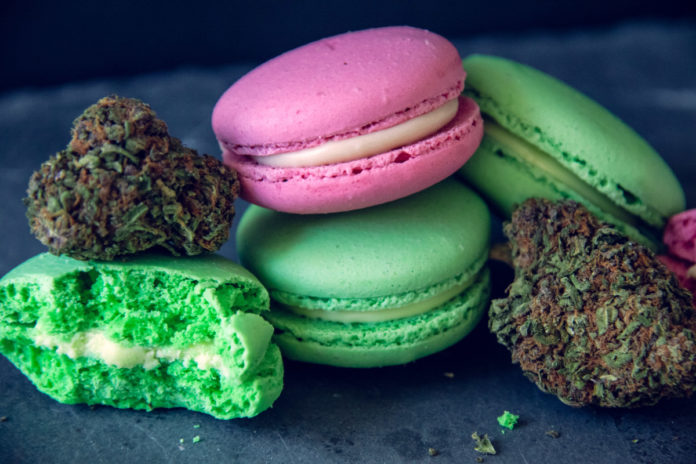 Cannabis-infused edibles are going to be legalized in Canada this fall, but a new study suggests Canadians aren’t as eager to embrace them as they were two years ago.

The study, titled “Edibles and Canadian consumers’ willingness to consider recreational cannabis in food or beverage products: A second assessment” compares Canadian attitudes toward cannabis products with those in 2017, prior to legalization.

It was conducted by Dr. Sylvain Charlebois, Senior Director at the Dalhousie University Agrifood Analytics Lab.

“We were surprised to see that Canadians are actually less enthusiastic about edibles since cannabis became legal last fall,” said Dr. Charlebois.

The study found only 36% reported that they would purchase cannabis-infused food products once legal, down from 46% in 2017, with 26% saying they would order at a restaurant (down from 39% in 2017).

Meantime, 60% of Canadians are concerned that cannabis in edible form makes it too easy to overconsume. And concern that greater access to edibles poses a risk to children and pets is still high (64% are concerned with the risk for children; 54% for pets).

“With cannabis edibles being legalized in October, we are frankly curious about the decrease in interest expressed by survey respondents,” said Brian Sterling, one of the report’s co-authors. “We would like to understand that shift. It will be interesting to see how this perspective evolves as cannabis and infused products become more commonplace.”

Dr. Simon Somogyi, Arrell Chair in the Business of Food at the University of Guelph, found perception of the health-related aspects of cannabis particularly interesting: “There’s been much discussion aboutit in traditional and social media, but most respondents were unaware of the pain-relieving properties of CBD (Cannabidiol).”

The survey also suggests edibles could attract a market of people who are not interested in smoking: 20% of respondents indicated that they do not use cannabis currently but may consider edibles once legalized.

Have Canadian attitudes towards cannabis use changed since legalization?

Support for legalization has dropped slightly with 49% of respondents still in favour (down from 68%).

Uncertainty about legalization has increased by 7% since the 2017 study. And while most Canadians wouldn’t mind if restaurants started serving edibles, an overwhelming 56% of respondents agreed that cannabis retail facilities should be kept out of residential neighbourhoods.

The stigma of cannabis use is low, however many survey respondents (46%) are still uncertain they’d want their co-workers to know they use recreationally. Edibles carry less stigma than other forms of cannabis: 65% see edibles as “a discreet form of recreational cannabis use.”

Some positive associations have developed since legalization: More Canadians now see cannabis as a healthy ingredient (19%, up from 13% in 2017).

Notably, the majority of consumers (60%) continue to purchase cannabis products from the same supplier as before recreational legalization— quality, price and convenience were the top reasons given for their loyalty.

The study was conducted over four days in April 2019. It surveyed 1,051 people across the country, including Québec, in both English and French.