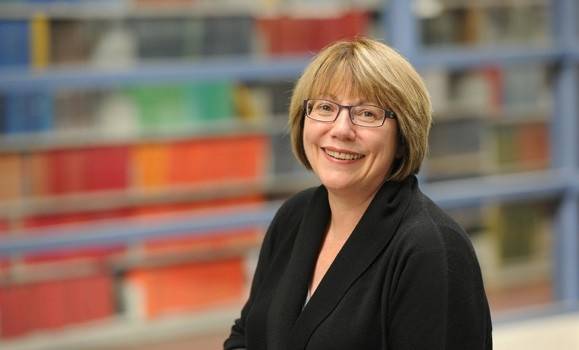 The head of the Task Force on Cannabis Legalization and Regulation shares her insight on the current cannabis debate.

It’s been a year since the Honourable Anne McLellan—a former law professor who has served as both a Liberal cabinet minister and deputy prime minister of Canada—put the finishing touches on the recommendations for cannabis reform in Canada. As chair of the Task Force on Cannabis Legalization and Regulation, she and eight other government appointees spent countless hours researching and honing policy options for a new era of cannabis use. Now, the final decisions are up to legislators. We sat down with McLellan to get her insider’s perspective on responsible governance, evolving public perception and the recommendations to come.

What was your role on the task force?
I was chair. There were nine members put in place by the government to give them recommendations around how to create a new regulatory framework for cannabis after legalization. Our work was finished almost a year ago. We made 80 recommendations—I would say most of which they’ve accepted.

Where do you even begin with a massive project like that?
We had a discussion paper that focused our round-table discussions and which focused the work on the key issues that anybody would want to deal with when creating a new regulatory regime for a previously prohibited product. So that discussion paper—which was available to all Canadians online—framed the work we did. It’s not as if we were starting from scratch.

You’ve gone from working as a law professor to a cabinet minister to a task force on legalization. Has your perception of marijuana changed over your career?
It’s evolved over a period of time. I was with the government for 12 and a half years, and held the portfolios of ministers who are now responsible for moving this agenda forward. My views have evolved. I think the other thing that we’ve seen happen over the past number of years is that more and more Canadians believe that cannabis shouldn’t be prohibited. The majority of Canadians agree that if one is in possession of a moderate amount for personal use, that should not constitute a crime.

Canadian society has come to a place where a majority of Canadians feel comfortable with legalization and regulation. Prohibition . . . I think the evidence is clear that prohibition in cannabis has not worked. If the public policy goals are to keep cannabis (in whatever form) out of young and vulnerable populations, and to deal with the illegal market, especially organized crime; then our current approach has failed.

Who did you speak with as you were preparing your recommendations?
We consulted with all provincial and territorial governments, though Quebec did not wish to talk to us. We conducted round tables with experts of various kinds, activists of different persuasions, people who have been involved with the medicinal stream. We had round tables with youth, patients, Indigenous peoples, medical associations, the Canadian Trucking Association, the oil and gas industry, nurses, pharmacists and insurers, among others. Canadians had the opportunity to make submissions online and over 30,000 individuals weighed in. We heard from an awful lot of people who had diversity of experience.

What do you think the biggest misconception about legalization is?
That usage rates are going to skyrocket. I don’t think they’re going to. There will be a spike at first, I think, with the novelty user—those are people who may have used years ago and want to try it again or people who have never used and take the opportunity to try it out and to experiment. But from what we’ve seen in other jurisdictions, that spike recedes. Over a period of time, a few years, my guess is that you’re not going to see significant increases in cannabis use from the baselines we have today.

How will legalization affect life in Canada?
There are potentially a wide variety of effects. You will probably see an effect on the criminal justice system: there will no longer be charges laid and prosecutions pursued in terms of small amounts for personal use. As per our recommendation, which is reflected in government legislation, an individual over 18 can have on their person 30 grams for personal use, and can buy at one time up to 30 grams for personal use. Therefore, you’re no longer going to be laying charges on small amounts for personal use: that’s going to be a significant change. That will permit law enforcement to focus on other areas of criminality, such as selling to underage people.

I think Canadians will become better educated about the nature of cannabis and the many forms in which it can be taken. They’ll be more informed about the potential benefits and risks, and, as we start to see more research, more clinical trials, what the potential medical benefits might be. That could be important for the quality of life for some Canadians.

I think a majority of Canadians feel that the current approach to cannabis, which has been the use of criminal law and prohibition has not achieved the desired public policy objectives. We’ve been able to see legalization in places like Uruguay, Oregon, Alaska and Colorado and others, and learn from their experience.

While Canadians are still learning about both cannabis and about what legalization and regulation may mean, I think the majority believe it’s time to move away from our approach of prohibition and put the focus on public health and public safety.

Did your recommendations advise on usage exclusively, or on production and distribution policies, too?
If you look at the licensed producers who are producing now for the medicinal stream, there’s no question they’re starting to ramp up and build out their production facilities. Nobody can predict with certainty what demand will be but certainly the government has its estimates and they will be working to ensure that there’s sufficient supply to meet demand as of the date of legalization. I wouldn’t call it an exact science. I do think there will be questions early on whether supply and demand are in equilibrium.

The federal government is responsible for production and manufacturing policies, and everyone who produces will need a license and to meet conditions. Wholesale and retail regulations will be created by provincial governments—you’ve already seen provinces roll out their approaches to retail. How they choose to exercise retail distribution is up to each province, and we’re already seeing different approaches. In Ontario, it will be through government-owned stores but in Alberta, privately owned ones.

We recommend the age of 18, and the provinces can increase it—but not decrease it—which they are doing to align with their legal drinking ages.

Is there anything you think the public should keep in mind as the debate heats up?
I think Canadians need to educate themselves about the benefits and risks of cannabis. Parents need to be talking to their children, teachers need to talk to students.

It will take Canadians time to inform themselves and educate themselves, but we should not underestimate how transformative a change this is. And there will be surprises. We learned that from Colorado and other states that have legalized. The key will be not to overreact or underreact to those surprises. But deal with them thoughtfully and recalibrate.