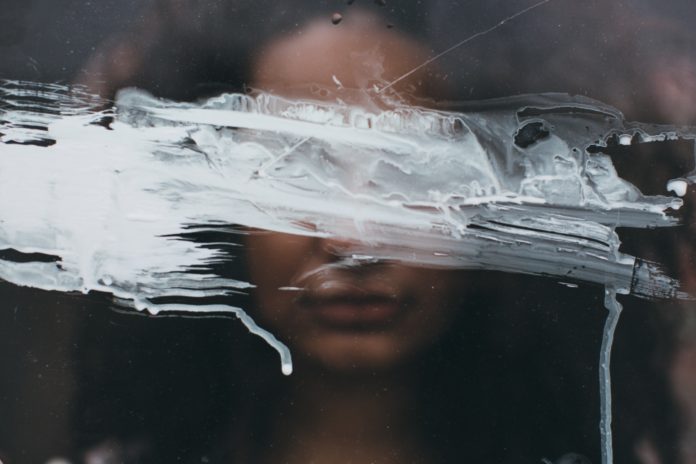 Is cannabis a solution for Vancouver’s opioid overdose crisis? Researchers and community advocates have high hopes for the plant’s potential.

“We were seeing overdoses in the alley,” says Blyth, who manages the weekly Downtown Eastside (DTES) Street Market. “There were people dying in the alley in the Downtown Eastside.” With death tolls rising year over year, Blyth and other community advocates began looking for ways to deal with the ongoing crisis. Late this summer, they found promise in a novel (if perhaps controversial) solution: providing drug users with cannabis.

Blyth is the founder of the Overdose Prevention Society, which provides drug users with safe supplies; she reports that their two tents see up to 700 people per day. In August, Blyth announced the creation of the High Hopes Foundation, which provides DTES residents with natural alternatives to hard drugs.

“We offer a clean substitute that people can come and get for free or by donation,” she explains. “Instead of heading to the streets, we have an alternative. We can try to manage their pain through medical marijuana.”

The High Hopes Foundation sells items like cannabis, pre-rolled joints and edible gummies. “We’re trying to make sure that people know what their options are. And make their options really affordable.”

More than 1,400 people died of illicit drug overdoses in B.C. last year. That’s more than double the 607 deaths reported in the first 10 months of 2016, and triple the 349 deaths between January and September in 2015. Blyth hopes that increased access to cannabis will help spur new strategies around treating opioid dependency, and reduce the number of lives lost to opioid overdoses. And she isn’t the only one.

Following cannabis legalization in eight states in the U.S., a body of research has begun to develop around the potential the drug has in preventing opioid abuse and dependency. An article published in The American Journal of Public Health this past summer showed that there was a a six percent reduction in opioid-related deaths over the last two years in Colorado following that state’s decision to legalize cannabis for recreational use— reversing the national trend.

What makes cannabis a good opioid substitute is its pain-relieving qualities. Cannabidiol (CBD), one of the two most highly present cannabinoids in cannabis, is known for its therapeutic effects. Unlike THC, it doesn’t produce psychoactive effects, but rather binds to cell receptors to relieve pain in the body. Findings suggest that when pain patients use cannabis in combination with opioids, they require lower doses of opioids to feel relief.

While research on the topic is still preliminary, legalization in Colorado has significantly opened up this area of study. Here in Canada, researchers are looking to these American studies and hoping that impending pot legalization at home will also mean an increase in research opportunities. “In terms of cannabis, scientists and the research community are trying to catch up with the therapeutic cannabis use of people who use drugs,” says Dr. M.J. Milloy, an infectious disease epidemiologist and a research scientist with the Urban Health Research Initiative (UHRI) at the British Columbia Centre for Excellence in HIV/AIDS.

Milloy explains that while studies indicate that cannabis use can be helpful for those hoping to stop opioid use, more research needs to be done to determine how cannabis can be used most effectively. For example, it’s important to establish the most successful delivery method and opportunity for intervention, such as when a patient is first prescribed painkillers.

“I think that a real priority…is to try to do a better job of untangling all of these issues and seeing whether or not cannabis works, for what reasons does it work and, maybe most importantly, can we design cannabis-based therapies which will do the best job of helping people who are suffering from substance abuse.”

But at what cost?

Others acknowledge that cannabis legalization is one potential solution to the opioid crisis, but caution that, in order for it to be effective, it first has to be affordable.

“My experience of almost 20 years with this is that marijuana is used extensively by people who we think are using harder drugs,” says Mark Tyndall, executive director of the BC Centre for Disease Control, a professor of medicine at UBC, and deputy provincial health officer. For over a decade, he has led community-based research projects with a focus on HIV, poverty and drug use in Vancouver and Ottawa.

Tyndall says that many people are poly-drug users who use cannabis in combination with other drugs. He argues that considering the ubiquity of marijuana in Vancouver, drug users will only turn to a regulated source of cannabis if the price is accessible.

“The reality is that the availability of marijuana has never really been a question,” explains Tyndall. “Legalizing it is really not going to make that much difference to people who have been using it all along. The biggest thing we hope is that people will start using a regulated source rather than having to buy it from an illegal market. My feeling about that is that the only thing that really matters is how much it costs.”

Budding research may have the answer

As Canadians await new legislation around cannabis, which is expected for summer 2018, local scientists are doing their best to prepare for what happens next.

One such person is Philippe Lucas, a research affiliate with the Centre for Addictions Research of British Columbia. Lucas has been performing investigations into the potential cannabis has in proactively combating opioid dependency, and recently published work on the subject in the Harm Reduction Journal.

Lucas sees an unfortunate cycle recurring. Of the hundreds of thousands of people in North America who use opioids as an effective part of their course of care, a percentage of them are always at risk to develop an opioid dependence, and a percentage of those people are at increased risk of an overdose.

But there is hope. “Cannabis can play a role in interrupting that cycle, in a number of ways,” says Lucas. First, there’s the introduction. If physicians offer a successful treatment plan that substitutes cannabis for opioids, the risk of dependency is greatly reduced. Second, if the patient is already using prescription opioids, cannabis can be substituted or used alongside their current regimen, rather than increasing the dosage or potency of their opioid medication.

Finally, and most relevant to the opioid crisis currently playing out on the streets of Vancouver, cannabis can be used by patients who have an opioid dependence and are seeking treatment with methadone or suboxone, drugs that are used to reduce withdrawal symptoms.

“There’s a small amount of evidence that suggests that adding cannabis as an adjunct treatment to that therapy can increase the success rate measured by adherence and overall completion of that treatment modality,” explains Lucas.

Lucas says that patients who fail out of treatment are the most vulnerable to overdose. “If we can increase the success rate overall of methadone and suboxone treatment by decreasing the cravings for opioids, which cannabis has been shown to do, by potentially increasing retention and adherence to that treatment, then we can literally see that lives can be saved.”