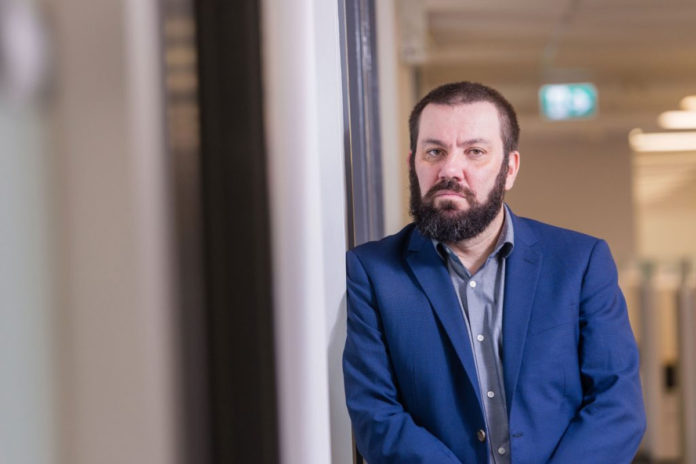 UBC has hired a Professor of Cannabis Science who will research the role of cannabis in opioid overdose treatment, in the midst of an epidemic that took more than 1,400 lives in the province last year.

The job has been given to Dr. M-J Milloy, a recognized leader in the field of epidemiology and research scientist at the British Columbia Centre on Substance Use (BCCSU).

As a substance use epidemiologist, Milloy’s research has focused on the interrelationships between illicit drugs and HIV, as well as the public health impact of cannabis regulation and the medical application of cannabis and cannabinoids, especially for people living with HIV or substance use disorders.

“The therapeutic benefits of cannabis are only just beginning to be understood. Early research has shown that it could have a stabilizing impact for people with opioid use disorder, improving their quality of life and offering a pathway to long-term treatment solutions,” said Milloy, whose title will be the Canopy Growth Professor of Cannabis Science.

This professorship was established through funding from Canopy Growth and the provincial government.

The province invested $500,000 to the BCCSU in support of research leading to solutions to the overdose crisis, while Canopy Growth is contributing $2.5 million to UBC and BCCSU to establish the Professorship and create an enduring legacy of research through the Canopy Growth Cannabis Science Endowment Fund.

“In the midst of an overdose crisis, we have a scientific imperative to build upon this research. I’m grateful for the support from Canopy Growth and the Province of BC, and their commitment towards investing in evidence-based solutions to this urgent health crisis,” said Milloy.

Mental Health and Addictions Minister Judy Darcy said “we need all hands-on-deck to save lives and help people find the treatment and recovery services that will work for them long term.”

“Our government has been bold and innovative in providing treatment options – based on evidence – for people living with addiction,” Darcy added. “This first-of-its-kind professorship will lead research and clinical trials on how cannabis products can be used to address the overdose crisis that is taking three to four lives a day.”

Initially, this professorship will lead clinical trials to explore the role cannabis can play in helping people with opioid use disorder stay on their treatment plan.

Research shows that fewer than one-third of people who start opioid agonist therapy (OAT), with methadone or buprenorphine/naloxone, remain in treatment after six months. Dropping out of addiction treatment is a serious risk factor for overdose death. Findings from these clinical trials could help identify ways to better support people with opioid use disorder with cannabis-based therapy.

Milloy’s research will contribute to an emerging body of evidence suggesting that cannabis can have a positive impact on the wellbeing of people with opioid use disorder.

“The opioid overdose crisis demands holistic and scientific approaches in order to develop new knowledge and strategies in response to this urgent health issue facing our society,” said Dr. Dermot Kelleher, Dean of Faculty of Medicine and Vice-President of Health at UBC. “The new Canopy Growth Professor of Cannabis Science at UBC promises to generate much-needed evidence-based solutions that will improve the health and well-being of British Columbians.”