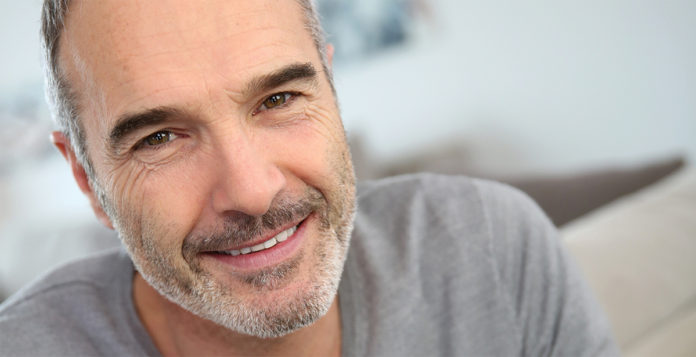 As the baby boomer population ages, its members are turning to cannabis in record numbers—and changing the expectations of the industry.

Walter Sorto wasn’t sure how his mother would react when he told her he wanted to get into the cannabis business. She didn’t like it when he smoked cannabis as a young man, so he was naturally nervous to tell her he planned to sell it at a dispensary.

“She’s Latina, from El Salvador. She’s hardcore Catholic. She wasn’t very happy with me growing up, knowing that I did it. She was always against it,” Sorto says. “And then, when I said, ‘Mom, I’m going to get into this business.’ She said, ‘Oh, hijo. Oh, son.’”

But the words that followed weren’t what Sorto was expecting. His mother, now 74, had been watching the news and had seen stories about the medical benefits of cannabis. The next time she visited from her home in Los Angeles, she tried a cannabis cream for her sore elbow and shoulder. Now, Sorto says she is growing her own plants and wants to make tinctures to treat her pain.

Sorto, a managing partner of Sunrise Wellness Foundation, which operates two Vancouver dispensaries, tells this story to illustrate just how far baby boomers have come in their acceptance of cannabis, and how many are using it.

The 2012 Canadian Community Health Survey showed the number of people over the age of 45 who said they had used cannabis in the previous year increased by more than 50 percent over a decade. And in the five years since that survey was completed, dispensaries popped up all over the country, Prime Minister Justin Trudeau announced he would legalize marijuana and mainstream media started reporting on the health benefits of the plant. And grannies and granddads everywhere started experimenting with it.

“I think we’re at a tipping point,” Sorto says. “Things are changing. On CNN people are talking about it. Forbes is talking about it all the time. It’s part of the vernacular. And the proliferation of information out there: you can do research and make an informed decision.”

For many boomers, the marijuana of their youth was loaded with culturally assigned connotations. Potheads and stoners were treated with suspicion, and many bought into the hysteria of reefer madness. Some young boomers tried it once or twice, had a bad experience and vowed never to use it again. Others used it liberally, but stopped when they got a job or had a family. And some, like David (not his real name), were targeted by the local police.

“I can still remember when they basically kicked down my front door,” says David, who was 27 and living in Toronto when he was convicted of possession, can still remember the trauma of his arrest and his fear of being imprisoned. “I had a smart lawyer and I stayed squeaky clean, so I didn’t have to go to jail. But so many people have the burden of a criminal record because of a plant that doesn’t harm anyone.”

David stopped using hash—his preferred form of cannabis—after his arrest. He turned his attention to his college studies and starting his career in prosthetics. But his adult life has been filled with surgeries and pain due to the loss of his leg at the age of 18. At various points, he’s been on prednisone, oxycodone, hydromorphone and codeine. Most recently, the Metro Vancouver resident has been dealing with an inflammatory disorder called polymyalgia rheumatica.

“I have a lot of experience with drugs, prescription drugs,” he says

Two years ago, an employee gave him some cannabis cookies and candies to try for his pain. It worked. So the now-64-year-old investigated further, visited a dispensary, experimented and figured out what worked best.

“Since I’ve gone on the cannabis, I’ve gone off all the prescription drugs,” he says

That’s a refrain Andrea Dobbs hears regularly at her Village Dispensary off Granville Island, where she says the number of customers older than 70 is triple the industry average and about 18 percent of her customers are older than 55. Dobbs created her business with women in mind. It’s a bright, airy space that feels like a well curated tea and gift shop. 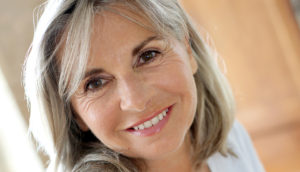 Most of the boomer customers come in with a “crew,” Dobbs says. They come with sons, daughters, friends and spouses, and often with documentation of their medical histories. Most have had “an experience with cannabis, but have gone 30, 40, 50 years with a lot of fear around being high,” she says. They return to it hoping it will help them sleep, relieve pain, get them off prescription medications, lift depression and cure other ailments. For the most part, it works.

Margaret (not her real name) is a 70-year-old university professor who uses cannabis to treat pain related to three hip surgeries and arthritis. For years, she took Tylenol 3s, until she was taking eight a day and feeling addicted to the codeine. She didn’t like what the painkillers—along with the cigarettes she smoked—were doing to her body, so she tried cannabis. She quit tobacco, quit codeine, and hasn’t looked back.

“[Cannabis] doesn’t make the pain go away completely,” she says. “The pain is still there, but you don’t care as much.”

Margaret has never been into a dispensary. The Vancouver grandmother gets her stash from a friend’s son, whom she’s known since he was 17. She smokes her cannabis in a vaporizer and occasionally bakes it into food, but says she’s got her dosage figured out and isn’t interested in changing what works.

“It has no negative side effects,” she says. “Except for occasional dehydration.”

Her friends and family know she uses cannabis, but she says there is still some stigma surrounding it among her academic colleagues.

Zach Walsh, a cannabis researcher in the psychology department at UBC’s Okanagan campus, believes that stigma is fading. He thinks the turning point in boomers’ social acceptance of cannabis came in 2013 when Dr. Sanjay Gupta, a neurosurgeon and CNN’s chief medical correspondent, released a three-part documentary called Weed, which caused a stir in medical circles because he reversed his previous position on cannabis and championed its therapeutic potential.

“I think that resonated with a lot of people,” Walsh said. “But I think it’s also incremental in the culture in general. People are getting smarter about what cannabis can and can’t do. That’s trickling down.”

At the same time, he says, there is an increasing recognition that the prescribed medications used for common ailments like sleep and pain have some very negative side effects and “may not be as harmless as we thought.”

Douglas Worts, a 63-year-old Toronto resident, was willing to try cannabis to treat his migraines, which he’s had since he was 11. He had entered an unpleasant cycle of medication overuse in which the triptans he was taking for his migraines had started to cause them.

He wanted to get off the medication, but he didn’t want to live in pain 15 days a month, which is approximately how often he is affected by a migraine.

Worts was willing to try cannabis despite his doctor’s skepticism. He got a prescription and started with a low dose. It didn’t work. But he stuck with it and kept trying for a few months. He tried oils, vaporizers, various combinations of CBD and THC. Then he adjusted his expectations and decided he would be satisfied if the cannabis just helped him sleep.

“For a while it seemed it was helping, but I had to be very careful because if I took too much, I started spinning and my mind started to race,” he said. “I thought, ‘This is crazy,’ so I just gave up after eight months.” Worts has now added cannabis to the long list of substances and therapies that have not helped his pain.

At the Village Dispensary, Dobbs and her staff don’t pretend that cannabis will cure anything and everything. They take a holistic approach to their clients’ health. They might ask about a client’s diet, whether they have tried cutting out sugar and caffeine. And if someone is new to cannabis—or hasn’t used it in 30 or 40 years—the advice is always to start with a low dose and go slow. Dobbs has helped an elderly woman kick an opiate addiction. She’s helped a 94-year-old with Alzheimer’s regain lucidity. She’s seen people transformed by the benefits of good sleep after using cannabis.

But she is also a realist, someone who is cautious about feeding into the hype around cannabis. “We need to watch that we’re not creating false hope,” she says.