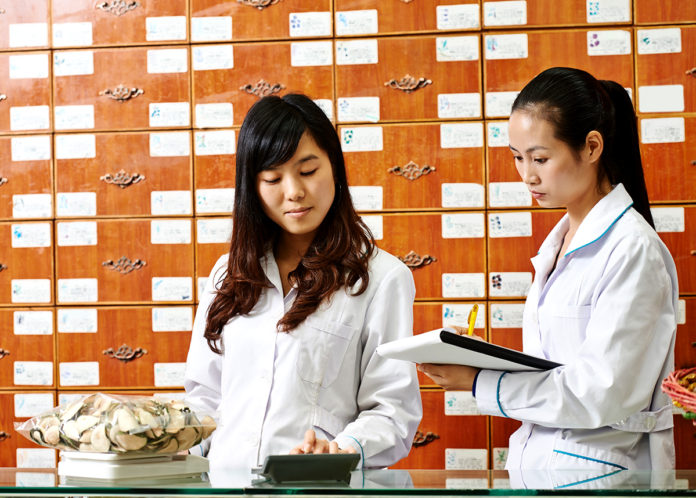 Synergies between medical marijuana and traditional Chinese medicine treatments are growing as we move into a new era of patient care.

he advent of spring in Heilongjiang, China’s northernmost province, is a time when the annual rush for “green gold” begins.

Here on the frosty Chinese-Russian border, naturally divided by the Black Dragon River, small family farms traditionally cultivated rice and corn that took root easily in the rich black soil nourished by water that has traversed tundra and taiga.

But times have changed. Now, come April, many of the farmers here toil the land for cannabis—or, as the locals call it, green gold—which yields about US$1,500 per hectare and costs less to grow than the traditional crops. Similarly, some 5,000 kilometres to the south, in Yunnan province, cannabis has become a major legal cash crop in the region flanked by Asia’s Golden Triangle, an area which is synonymous with the illicit opium trade.

After years of unheralded moves to regulate the underground harvest in both these areas, today China’s National Bureau of Statistics boasts that the provinces of Heilongjiang and Yunnan are the engines propelling China’s rise as a marijuana superpower. Together, the licensed farms here account for about half of the world’s legal commercial cropland under hemp cannabis cultivation, providing stems, seeds and leaves to traditional Chinese medicine (TCM) practitioners, government-funded scientists, the military, textile manufacturers and food companies.

The growth is even more remarkable given that China still dictates draconian penalties ranging from 15 years in prison and confiscation of property to death for the unauthorized possession, sale, transport and cultivation of cannabis. Communist China also has no plans for medical marijuana legislation, placing some mainland researchers in a cannabis conundrum when it comes to public discourse about the subject.

But the synergies between the controversial herb and its use in TCM treatments is evident and growing. Yang Zirong, director of the world renowned Shanghai Innovative Research Center of Traditional Chinese Medicine (SIRC/TCM), an institution for Chinese medicine modernization, says some research is being conducted in China on the synergistic interactions between herbs such as gingko and cannabis. “There is possibility that the two herbs will be used together in the future for treatment of diseases,” he says.

Yang works with a proprietary database that has comprehensive information on 1,400 diseases, 180,000 TCM prescriptions and 9,000 herbs, but for the moment, he says, “SIRC has limited knowledge and research on cannabinoids or marijuana.”

Cannabis sativa has a long history of use as a fi bre and seed crop in China, and its achenes (seeds), as well as other plant parts, have been recorded in Chinese medical texts for more than 2,000 years, according to research published by Frontiers in Pharmacology. The ancient applications of cannabis in Chinese medicine include treatments for conditions such as pain, mental illness, seizures, gout, rheumatism, malaria and “absentmindedness.” Other texts described the use of marijuana to treat vomiting, parasitic infections and hemorrhages. However, most of the relevant Chinese historical records have not yet been translated into Western languages to facilitate textual research, researchers concluded.

Professor Cedric Cheung, president of the Chinese Medicine and Acupuncture Association of Canada, says that while China labels cannabis as an illicit drug now, the Chinese were actually the first civilization to cultivate and use the plant extensively.

Cannabis, called má or dá má in Mandarin, is one of the 50 “fundamental” herbs of TCM
and is listed in the Chinese pharmacopoeia, or herbal reference book. “I have seen an increasing combination use of acupuncture and marijuana to treat addictions,” says Cheung, whose 45-year healing career has taken him from Canton, China, to Oshawa, Ontario.

The team is now looking at the effects of marijuana in traditional ginseng and ginko herbal remedies, which already have clinically demonstrated superior outcomes over prescription antidepressants.

“While acupuncture stimulates the better functioning of damaged body functions, marijuana alleviates stress, discomfort and pain…some of my patients ask for this,” says Cheung, whose association represents about 1,400 TCM practitioners in Canada. “The treatment of acupuncture, herbs and nutrition is meant to restore the health of the patient by balancing yin and yang of the body, and I see a lot of studies and synergies developing between TCM, Western science and the use of the cannabis plant in the future.”

The findings focused on a protein in brain cell membranes that introduces the narcotic chemicals in marijuana to brain cells; researchers believe this could lead to new drug designs with fewer side effects.

Barry Stecyk, president of Esteem Nutraceuticals and a registered psychiatric nurse, says such research and findings will be critical for the development of medical marijuanaTCM herbal remedies, especially if it paves the way for increased body-absorption rates of plant-based medicinal chemicals.

Already, research is paying off. Esteem’s flagship herbal product, Neurobalance, a clinically proven breakthrough in anti-depression and brain wellness, has been the result of collaborations with a science team based in Vancouver and Shanghai.

“The team is now looking at the effects of marijuana in traditional ginseng and gingko herbal remedies, which already have clinically demonstrated superior outcomes over prescription antidepressants,” says Stecyk, who has seen firsthand the ravages of mental illness, which affects one in five Canadians.

Of course, with the introduction of new treatments, healthcare practitioners are going to need to educate themselves not just about cannabis, but also about how it interacts with other medications and affects the body. The presence of marijuana in a patient can seriously alter the effects of prescriptions and therapies, and yet as legalization looms in Canada, healthcare practitioners and workers face major clinical challenges because cannabis is not openly discussed.

“Most patients that use marijuana don’t tell their healthcare practitioners about it. And if the practitioner doesn’t know how to spot the effects of marijuana, he or she will be missing some very important factors in diagnosis,” says John Mini, the California-based author of Marijuana Syndromes: How to Balance and Optimize the Effects of Cannabis with Traditional Chinese Medicine.

Acupuncturists and herbalists have long had an ability to balance and treat the effects of marijuana, because they’re familiar with it in ways other practitioners are not—but that, says Mini, has to change. “It’s essential that the practitioner understands the nature and extent of the complexities of marijuana to amplify clinical effectiveness and avoid potential disasters.”

Realistically, those complexities are just going to get more complex from here as new strains enter the fray. Hybrids and clones are the future of cannabis says Mini, who has been a public health advocate for the effects of the herb since 2005. “Marijuana farmers are producing many different qualities of marijuana by creating distinctive hybridizations,” he says. “The other group is in the laboratory probing the genetics of cannabis and creating engineered strains for the pharmaceutical side of the cannabis industry.”

According to Mini, traditional Chinese medicine holds an incredible array of tools that can balance and optimize marijuana’s effects. “It will continue to be a powerful ally in the medical marijuana arena for a long, long time because of its ability to tune very precisely the effects of cannabis and balance its side effects.”