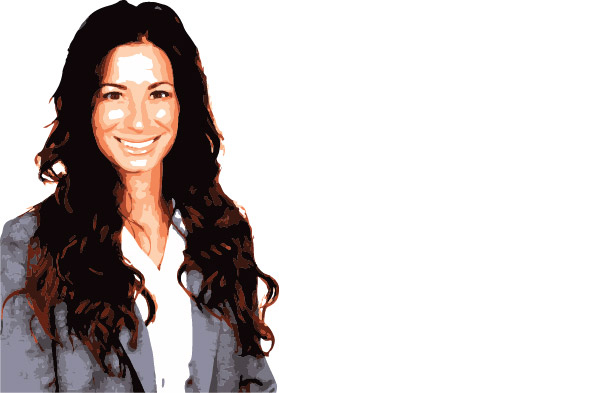 The executive director of the Cannabis Trade Alliance of Canada speaks with BotaniQ on the future of legalization.

With over 16 years of experience in business, entrepreneurship and law, Rosy Mondin has become one of the front-line advocates for cannabis legalization and regulation in Canada, as well as the president and CEO of a successful cannabis laboratory equipment company, Quadron Cannatech Corporation (CSE:QCC). Through advocacy, regulation and education, the Cannabis Trade Alliance of Canada (CTAC) and other industry leaders hope to change not only the laws around cannabis use and production, but also the perception of this product for all Canadians.

HAVE YOU ALWAYS BEEN PASSIONATE ABOUT THE CANNABIS INDUSTRY?
I’ve been an advocate for cannabis legalization pretty much my entire adult life. I started out in criminology at Simon Fraser University and that kind of entrenched a lot of my views as far as the constitutionality of access to the product. And then when I got into law school, it was deﬁnitely a research interest topic of mine, but not an area of law that I actually worked in—though it was always a personal interest.

Over the years my friends would listen to me on my soapbox talking about why cannabis should be legal. They all laugh now and think it’s perfect that I’m working in this space after years and years and years of sending them articles and research on why cannabis should be legal. So for me, it’s just absolutely a dream come true to work in a ﬁeld I’m actually passionate about as well.

HOW DID YOU DECIDE TO TRANSLATE THIS ENTHUSIASM AND KNOWLEDGE INTO A CAREER IN THE INDUSTRY?
It was early 2014 when I started going down the path of working in the industry as a founder of Soma Labs Scientiﬁc—we saw that there was going to be a need in the industry for laboratories, so we were looking at becoming licensed as an analytical cannabis testing lab. But there was a very long and comprehensive application process at the time, similar to those looking to become a Licensed Producer under the MMPR (Marijuana for Medical Purposes Regulations).

Looking at the whole application process, looking at what it would take to even become a grower, let alone a laboratory, I got together with a few growers who were applying under the MMPR to become Licensed Producers. We looked at the landscape and realized there was an advocacy group speaking on behalf of dispensaries, which is CAMCD, the Canadian Association of Medical Cannabis Dispensaries, and Cannabis Canada, the industry association for Canada’s Licensed Producers. What there wasn’t at the time, however, was any sort of advocacy group that was speaking on behalf of licensed personal producers and those licensed to produce on behalf of others under the Marihuana Medical Access Regulations (MMAR), which had been in effect since 2001.

SO YOU SAW A VACANCY IN THE CANNABIS ADVOCACY LANDSCAPE AND DECIDED TO DO SOMETHING ABOUT IT.
Correct. Applying to become a Licensed Producer was such an onerous process—there were about 1,800 applicants in queue and we just thought, “Well, who’s speaking on their behalf?” We had the MMPR system—the predecessor to today’s ACMPR—but it was a seed-to-sale framework, so what that means is that applicants would have to specialize in all aspects of cultivation, processing, distribution and sales, in order to obtain a license. I would suggest that you’d be very hard pressed to ﬁnd any industry that’s set up in that way.

So we set out to lobby and advocate for a breaking up of the framework and our proposition was to break up the licensing framework thereby allowing a pathway for those currently operating in the under-regulated MMAR market to apply for, and participate in the legalized cannabis industry. We therefore proposed that there should be a nursery category, because starting with good, robust genetics is really important to the whole supply chain. Then the cultivation category, breaking that up to allow for processing, which should be segregated from cultivation because people who make the oil or people involved in packaging don’t necessarily want to be the growers.

CAN YOU GIVE US AN EXAMPLE?
When you go to the liquor store to buy your wine, you tend to gravitate toward certain brands and you go to that brand because you know it delivers a nice consistent product hopefully every time you open that bottle. Whether that winemaker grows their own grapes or has an agent that can source excellent grapes to turn into a consistent, value-added product (ie. the bottle of wine), that’s all the consumer cares about. Whether the winemaker grows their own grapes, or is able to source excellent grapes doesn’t really matter to the consumer. In many ways it will be same thing with cannabis.

HOW HAS THIS TIME ADVOCATING FOR AND WORKING WITHIN THE CANNABIS INDUSTRY SHAPED YOUR PERCEPTION OF CANNABIS CULTURE IN CANADA?
There is still a lot of myth-busting that needs to happen and so a lot of people still hold a lot of stereotypes. We’re lucky here in British Columbia. We deﬁnitely do live in a bit of a bubble, but even here there are a lot of misunderstandings about cannabis itself, and that’s only because it’s been underground for so long. I believe the more people talk about it, the more they’re going to ﬁnd that the face of cannabis is everyday Canadians. It’s people from all walks of life, from all socioeconomic classes …but everyone’s kept their consumption habits very quiet because it’s been illegal—people have been reticent to talk about it.

Every opportunity that I have to speak is an opportunity to educate and an opportunity to show that I am one of those faces of cannabis that has been using this product for a long time. Just showing people that it’s not just a “bro culture” as it might be perceived—it’s much, much more than that.

WITH YOUR BACKGROUND IN LAW, HOW HAVE YOU WITNESSED THIS SYSTEM AFFECTING THE LIVES OF EVERYDAY CANADIANS?
Every time I consumed cannabis, every time I “lit a joint,” I was doing something illegal. Everyone that I know that’s been a cannabis consumer all of these years—unless they had applied to get their MMAR [Marihuana Medical Access Regulations] licence—they were engaging in illegal activities. Full stop. Every time I provided cannabis to a friend, I was engaging in illegal activities. Full stop. So, that is a big deal. I’m a lawyer, it’s a big deal. It had huge implications to my career had I ever been caught, arrested and charged. So it’s a big deal.

Too many Canadians have been punished by way of criminal charges, and by being thrown in jail by virtue of possessing, consuming, gifting or selling cannabis (even in small amounts). And sadly, these liberty-impeding criminal sanctions will continue with legalization. For example, if a retailer is caught selling alcohol to a minor, they’re facing about a $550 ﬁne in British Columbia. Under the Cannabis Act, if you are caught selling to minor, you’re looking at 14 years in jail. It’s very, very disproportionate.

FROM YOUR PERSPECTIVE, WHAT IS THE BIGGEST MISCONCEPTION ABOUT LEGALIZATION?
We need to explain to people the reality, we need to back it up with facts, we need to have evidence based policies, we need research and to validate all the anecdotal evidence.

We need to educate, show people the face of cannabis, show people that it’s everyday Canadians, and I think slowly, as we normalize the product, people are going to become more comfortable with it. It’s a fear of the unknown. Don’t forget, we are ﬁghting against 95 years of prohibition. And 95 years allows for a lot of misinformation to go around.