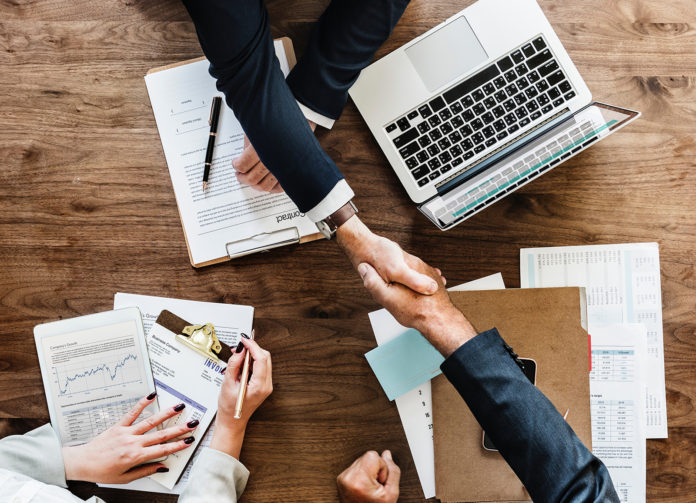 With investments in cannabis at an all-time high, what do you need to know before jumping on the bandwagon?

As some analysts predict that the marijuana industry could dwarf the soda industry, the topic of where and how to invest in the growing cannabis market has begun in earnest. But as with any investment, say analysts, education is the amateur investor’s key to avoid getting burned.

“I would certainly suggest someone should get an advisor, someone who is active in the cannabis space,” says Chris Damas, editor of the BCMI Cannabis Report. “Or educate themselves. This is a subject that I’ve spent a lot of my career on, and it’s easy to mess it up. The easiest way to go about this is to get some advice.”

Damas has a database of around 100 public and private Canadian cannabis companies, about 30 of which actually touch the plant. And in just the past year, the market cap for those companies has jumped from $5 billion to a whopping $26 billion as of April 2018. This sudden jump in capital raises the obvious question: Why now?

The trend to invest in cannabis has been spurred on by larger social acceptance of the substance, according to Jason Zandberg, special situations analyst with PI Financial. “This is quite a societal change to accept cannabis, which had been painted as this evil narcotic, to something that has health benefits,” he says. “It has really captured the attention of young investors that may be more familiar [with marijuana], but also a lot of older investors, too.”

But the grass isn’t always greener
Of course, within those soaring investment numbers there’s volatility. “Not only day-to-day volatility, but for the first six months of last year the stocks tended to be going down,” Chris Damas explains. “Not a huge amount, but it was basically a bear market. And then the stocks in the second half of last year had a tremendous rally of 300 to 400 percent in some cases.”

Since January, says Damas, we’re starting to see a bear market again—a market in which prices are falling, which encourages people to sell their stocks. Depending on when an investor decided to actually enter the market, they would have a very different experience.

The message to those looking to invest? Timing is everything.

“The way to mitigate timing risk is to average,” says Damas. “Your typical buy-and-hold investor would average, they wouldn’t put all their money into the sector in one day.”

“Buy and hold” is a passive investment strategy in which an investor buys stocks and holds them for a long period of time, without worrying about fluctuations in the market; basically, they’re in it for the long haul. The alternative is trading stocks, which has a much shorter time horizon associated with it: a trader might buy a stock and sell it days or even hours later.

The kind of stock that is right for you to purchase depends on your traits as an investor, and Damas has an acronym to help would-be investors determine the stocks they should consider buying: CARET, which stands for Capital Attitude (some people don’t like the volatile nature of stocks at all), Risk tolerance, Experience and Taxes and time horizon.

What investors like about marijuana stocks
The marijuana industry also has a unique aspect to it that attracts investors: existing demand.

“Most new industries, whether that be blockchain or some new tech that’s coming to the market, you’re forecasting what demand could be; asking how quickly would consumers adopt a new technology or a new platform,” says Jason Zandberg. “But with the cannabis market there’s a broad market of known size and quantity—you’re essentially legalizing the process so that legal firms can now take over that black market. I’m not suggesting it’s going to be an easy job to convert that black market over, but very rarely do you see an industry that has the built-in demand.”

As to whether or not cannabis will be bigger than soda, Damas isn’t quite so optimistic. His concern is that the size of the industry has become larger than what Canada can domestically handle. But he also sees an interesting opportunity in the cannabis space.

“For me, risk really comes down to understanding the essential characteristics of the industry and where it’s at in its life cycle,” he says. Damas compares it to tobacco, gaming and alcohol, all of which are stable cash flow businesses. “A government-regulated business that appeals to regular repeat users is usually very good…but it’s still in its emerging form. There’s a bit of a green rush, as some call it—I call it an arms race to see which companies are going to be thebiggest and more established first.”

How to choose a winner
So what characteristics should investors be looking for that make a company more likely to succeed in this green rush? The businesses that are likely to survive have four key factors in common: they’re large and well-managed, have multiple grow sites, have meaningful patient or sales numbers and export their products.

Any cannabis company needs to be ready to expand rapidly, something the larger players like Aurora and Canopy Growth Ltd. have already figured out.

“There will be companies, like the smaller fringe players, that will be shut out of the market,” says Zandberg. “But the large established players and anyone who has a strong niche will do very well, because, like I said, there’s a known multibillion-dollar market that will be converting. Going from a very small revenue line now to several hundred million will happen very quickly for the large established producers.”

Multiple grow sites are important because marijuana is, after all, a crop. If there’s just one site and there’s a crop failure, a company can be wiped out of product instantly with no backup plan in place.

On the other side of it, without sales, a grower’s work is in vain. “Half of it is about producing efficiently, but the bigger function is going to be: are you able to sell your product?” says Zandberg. “Look for the company that has large sale agreements with various provinces.”

Of course, right now in Canada there are no recreational cannabis sales yet. They’re all medical, registered with Health Canada. According to Damas, right now, four companies have 152,000 out of 239,000 registered cannabis patients—that’s 64 percent of all medical users dealing with a very small pool of producers. Looking at those numbers is a good way to minimize risk.

Finally, does the company export their product? “We think that the global medical cannabis market will dwarf the Canadian recreational market in a few years,” says Zandberg. “If you’ve got the ability to export, it’s like a safety valve for production. If the Canadian market gets flooded with too much product, send it overseas.”

There are two key takeaways if you’re looking to try your luck investing in the budding pot sector. One is knowing what the industry is, from the grow side downstream to the retailer. The other is understanding what your investment goals are. Then you’ll be ready to find out whether the grass is truly greener in the world of cannabis investing.