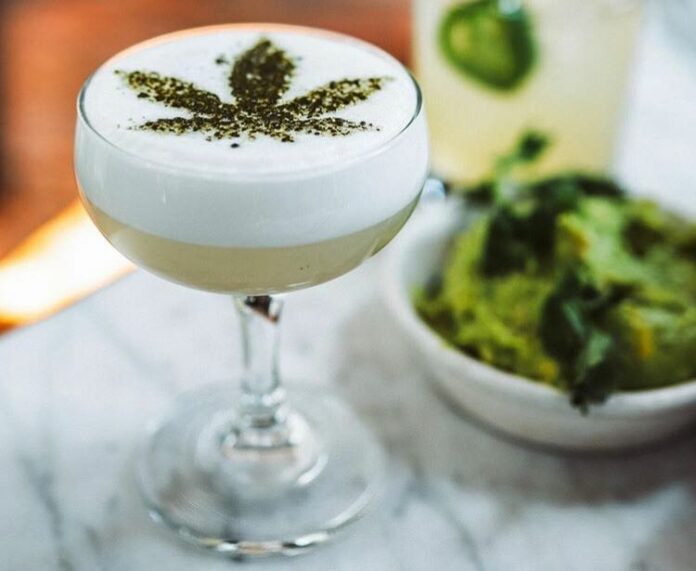 A recent report by food and drink consulting firm Zenith Global projects that the U.S. market for cannabis-infused drinks will grow to $1.4 billion by 2024 – an almost fifteen times increase from 2018 sales of just $89 million.

“A number of companies in the public sector have been positioning themselves to take advantage of this growing marketplace,” according to a release, which also highlighted five companies that OTCinsider.com thinks has the “best potential to grab significant market share in this sector” and has provided an overview of each company.

Read about the five companies below:

New Age Beverage: The U.S.-based energy and natural beverage manufacturer announced in the fall of 2018 that it was beginning to produce CBD infused beverages. At the end of 2018, NBEV launched its Noni+Collagen product, and announced that within its first two months of sales, generated over $4 million in revenue in its first two months in initial test markets. The product was created by the Company’s Morinda Division and currently offers the product in 50 ml glass bottle shots, positioned as a once-daily use, sold in three 10-packs for a 30-day supply. In addition to this new product, NBEV has announced in January an agreement to sell Marley branded cannabis-infused beverages. The first product of this partnership, Marley+CBD Mellow Mood, will initially be sold in Colorado, Oregon, Washington, and Michigan, and holds the potential to be one of the first globally-recognized CBD-infused relaxation drinks in the U.S. market.

Alkaline Water Company: This company is one of the largest U.S. alkaline water companies, announced that it had launched the first phase of its “A88 Infused Beverage Division” product line, which will encompass hemp infused alkaline water products. Alkaline88, WTER’s primary alkaline water brand, is already sold in over 47,500 retail locations nationwide in all 50 states, including 9 of the top 10 largest retailers in the United States. The A88 Infused Beverage products, which will include “sparkling flavored hemp infused alkaline water, hemp infused flavored Alkaline88, and vitamin infused Alkaline88 are expected to become available for commercial sale in WTER’s extensive distribution network in the coming weeks. With the massive national footprint from their core Alkaline88 brand, the WTER could surely be a first-mover in the hemp-infused beverage race.

American Premium Water Corporation: The U.S.-based manufacturer is distributer of LALPINA CBD, the first hydro-nano CBD beverage on the market. HIPH announced back in October of 2018 that it had acquired proprietary formulation utilizing hydro-nano technology that increases the bio-availability of CBD and THC in their infused beverages. HIPH has been able to effectively market their products at high visibility events, which they did recently at the Superbowl, sponsoring events during the leadup to the big game. The marketing has paid off, as HIPH has been steadily adding distribution points over the past few months. Interestingly enough, HIPH’s CEO met with Zenith Global, the authors of the report, in London last week, and Zenith prophetically replied that it’s “a great product.” It’s very possible the combination of HIPH’s marketing abilities and Zenith’s knowledge of the industry could propel HIPH to capture significant market share with their proprietary product.

Puration Inc: This U.S.-based manufacturer is a distributor of cannabis-infused water. PURA announced that it had generated over $1 million in sales for 2018. PURA was one of the first companies to enter the infused beverage space, as it launched its EVERx CBD Sports Water, back in 2017 during the Arnold Sports Festival. PURA is once again returning to the festival, as its EVERx CBD Sports Water is being presented at the Arnold Sports Festival for a third consecutive year. At this year’s event, EVERx will be debuting a new formula and packaging right in the center of the Expo, as a major event sponsor of the Jan Tana’s Body Painting Revolution stage. PURA has entered into a number of other partnerships with food and beverage establishments, including Illegal Burger. The company has potential to grow revenue by leveraging their first to market advantage and relative expertise of the space.