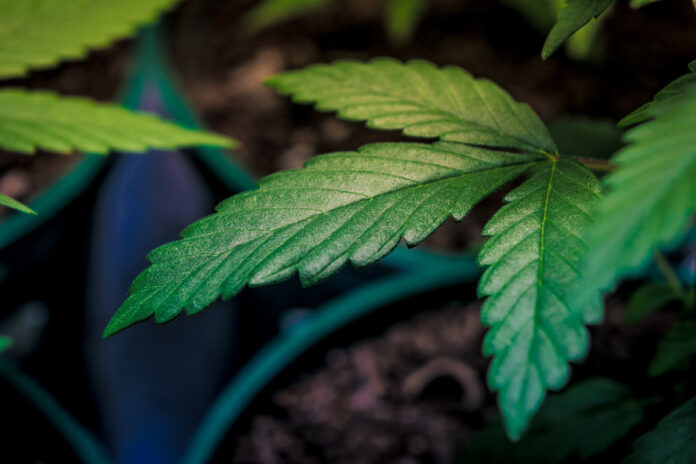 CannaHorse has announced it will launch the world’s first ever legal cannabis brand dedicated to horse health, providing a plant-based solution to traditional pharmaceuticals. “Created for horse people, by horse people, CannaHorse will launch four product lines, created from specific formulations of cannabis using key cannabinoids and terpenes to treat ailments common in equine medicine,” a press release notes. “Product lines will be targeted to address concerns like pain and inflammation, anxiety/calming, exercise and surgical recovery, and overall wellness. Discussions are already well underway with equine competition regulators to provide the data necessary for cannabis to be viewed as equine medicine.”

Canopy Growth has acquired Saskatoon-based bio-product extractor KeyLeaf Life Sciences. According to a release, Canopy Growth has been working closely with KeyLeaf – formerly known as POS Bio-Sciences – as a “trusted partner building out extraction processes and technology for the past year as it refines its scale extraction model for Canadian and global markets.” Through the transaction the company is acquiring a large-scale Canadian extraction facility as well as an extraction-related facility in the United States to support the Company’s U.S. CBD expansion.

According to a recently released analysis by cannabis business accelerator Grow Tech Labs, licensing just 15 per cent of B.C.’s 6,000 grey market craft cannabis growers and raising production caps could legitimize nearly $3 billion in cannabis sales in two years, the Vancouver Sun reports. “The process is so challenging that would-be growers are forced to hire consultants to get through the process, plus you can’t apply for a cultivation licence until you have an acceptable facility already fully built,” GTL CEO Barinder Rasode told the publication, adding that most people aren’t in a position to spend potentially millions of dollars before they know they have a licence.

Supreme Cannabis and Khalifa Kush Enterprises Canada have launched KKE Oil, the first product under the KKE brand line. “KKE Oil is a premium, recreational focused oil, developed for the consumer who wants the convenience, high THC potency and precise dosing offered by a cannabis oil,” a release notes. “KKE Oils are one of the first ever recreational-focused cannabis oils available to consumers in Canada.” Wiz Khalifa said he is “excited to bring our first products to Canada and launch KKE Oils. They are an awesome, high-in-THC product that everyone will love. This is a legendary moment that will be followed by many more game changing releases.”

Nextleaf Solutions has entered into an agreement to acquire a U.S. patent pending hydrocarbon extraction process and award-winning formulation for a cannabis concentrate, also known as “shatter,” a popular concentrate product set to become legal across Canada on October 17, 2019. “This unique patent pending butane hash oil, or ‘BHO,’ extraction process and formulation produces a broad spectrum cannabis concentrate with a rich terpene profile, unlike any product currently available on the Canadian legal cannabis market,” a release notes. “The chemical selectivity of the proprietary solvent mixture, coupled with the specific processing techniques and operating parameters, efficiently extracts terpenes and cannabinoids from cannabis flower to produce a full-flavour concentrate void of undesirable waxes and pigments.”

Canadian craft cannabis organization Pasha Brands has acquireed the CBD Therapeutics brand, a pre-legalization manufacturer and purveyor of cannabidiol (CBD) product based in British Columbia. |Since its inception, CBD Therapeutics has supplied solvent-less full spectrum and isolated CBD formulations to the pre-legalization market throughout Canada, and increased access to both products and education,” a release notes. |Since ceasing sales on October 17, 2018, CBD Therapeutics has been preparing to enter the regulated framework. Pasha has acquired all of the brand’s trademarks, names and intellectual property and will re-launch the brand in the Canadian regulated market in the very near future.|

Small-batch cannabis producer Muskoka Grown Limited in Bracebridge, ON, has announced the opening of the Muskoka Grown Community Hub, an interactive education centre and community market. “Located in the heart of downtown Bracebridge, this age-gated hub will allow visitors to learn the basics about cannabis,” a press release notes. “Dedicated to building meaningful connections with our communities and providing education to the adult-use market, the hub will offer an opportunity for visitors to learn about cannabis and responsible use. Educational experiences inside the hub include an area dedicated to the cannabis basics, as well as an interactive terpene bar, which demonstrates the different aromas of various plants.” The hub will also sell Muskoka Grown branded merchandise, products from local artists/vendors and host a series of community events, workshops, and seminars. Learn more at muskokagrown.com/communityhub.