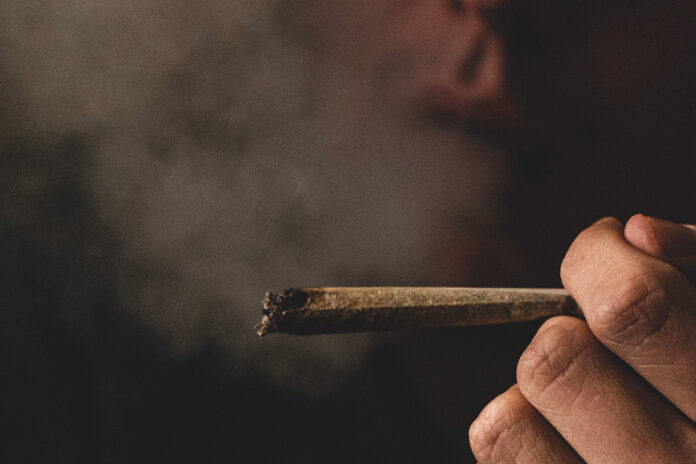 New data released by Statistics Canada this week reveals that nearly five million Canadians report using cannabis. That equates to about 16 per cent of the population aged 15 and older.

But the latest National Cannabis Survey also reveals that the illicit market is still thriving.

This, despite various levels of government stating one of the main goals of legalizing recreational cannabis was eliminating the black market.

“The gravitation to legal product is going to take a while. You can’t have legalization of a product, and industry, yet no enforcement of an illegal industry,” said Steven Feldman, a cannabis consultant and influencer who runs @CanadaPotStocks on Twitter, a leading authority on cannabis stocks in the country.

“Take alcohol for example. We don’t have a province full of illegal stills selling alcohol, because they would shut it down. But that’s what’s happening in cannabis,” Feldman told BotaniQ Magazine. “We’ve allowed legalization but enforcement of the old regime, the black market, is not happening… We have seen more enforcement on the illegal storefronts. We’ve seen that in Toronto and Victoria, for example. But what about people who supply to the illegal storefronts? That side of the market hasn’t been addressed. From my anecdotal evidence, the regular consumer of cannabis has not yet gravitated to the legal market.”

Why hasn’t there been more crackdown on the illicit market? Politics could be factoring in, Feldman suggested.

“The NDP here in B.C., I don’t think they want to be the party that raids illegal growing in the Kootenays, for example,” Feldman remarked. “I don’t think it plays politically for them. But on the other hand, B.C. had a black market worth billions of dollars at one point, and probably still does. How does that get eliminated? If you were these guys growing illegal cannabis, they’re probably saying, ‘Why should I stop? My customers are still here. No one’s arresting me. And the avenue for me to go legal is paved with landmines.’ So that’s the other problem, we didn’t address the pre-legalization community well enough to bring them into the system. There are people who are trying to address that, and get them into the system, but it’s still a cumbersome path for someone who is a black market guy to go legal.”

Feldman said another factor playing into consumers not transitioning to legal sales is accessibility – or lack thereof.

“There seems to be a correlation between sales and retail stores. So the availability of product. And of course provinces like B.C. that have been slow to roll out products have seen some of the worst sales. Jurisdictions that have pushed through many more stores, like Alberta, have seen better sales. There’s a correlation between accessibility and sales. At the end of the day though, the number for retail sales are a far cry away from Health Canada estimates. The idea I think that we were going to be up and running very quickly, I think most people can now see this is going to be a much longer runway that initially thought.”

Here are more findings of the National Cannabis Survey:

Males almost twice as likely as females to have consumed cannabis

Males (21%) were almost twice as likely to have used cannabis in the first half of 2019 as females (12%). This held true for every age group except seniors aged 65 and older.

Almost three in five females reported never having consumed cannabis (59%), compared with just over half (51%) of males.

About one-third of Canadians (males and females) reported having tried cannabis in the past but are not current users.

Males more likely to use cannabis daily or almost daily

Research has shown that using cannabis regularly and over a long period of time has been associated with the risk of dependence and poor mental health.

According to combined data from the first half of 2019, males (8%) were twice as likely to report daily or almost daily use as females (4%). Males were also more likely than females to consume cannabis on a weekly and a monthly basis but equally as likely to report occasional use (defined here as once or twice over the three-month reference periods).

Males are more likely to use cannabis for non-medical reasons

Meanwhile, about one in eight females (12%) reported consuming cannabis in the first half of 2019. The reasons reported were fairly evenly split among “non-medical only,” “medical only” or “mixed”.

Just over three-quarters of Canadians who reported using cannabis during the first half of 2019 consumed dried cannabis (flower/leaf) (77%), while 26% consumed edibles. Canadians also reported using other types of products, such as liquid concentrates (20%), cannabis oil cartridges or vape pens (19%), and hashish or kief (16%).

Not only is dried cannabis used by the majority of consumers, but for almost half of male consumers (49%) and about 4 in 10 females (41%), it is the only product consumed.

Conversely, females (23%) were almost twice as likely as males (12%) to report using only products other than dried cannabis (flower/leaf). Other products include edibles, oil cartridges and vape pens.

Smoking remains the most popular way to consume cannabis

Smoking remains the most common method of consuming cannabis, with approximately two-thirds of male (68%) and female (62%) consumers choosing this method in the first half of 2019.

Females (14%) were almost three times more likely than males (5%) to have consumed cannabis through “other methods,” such as the application of products on the skin or under the tongue.

Approximately one-quarter of Canadians who consumed cannabis in the first half of 2019 did not pay for it, with female consumers (29%) more likely than males (22%) to consume it without having paid for it.

Three-quarters of Canadians (76%) who consumed cannabis in the first half of 2019 cited quality and safety as an important consideration when purchasing cannabis, while 42% mainly considered price. About one-third also reported accessibility (such as open evenings and weekends), location (proximity to home), and the availability of a preferred potency (or formulation) as important.

While both males and females share many of the same considerations when obtaining cannabis, there are a few differences. For example, females (22%) were twice as likely as males (11%) to cite “sales support” as important, while proportionally more males placed a higher value on “anonymity and discretion” (19% of males versus 12% of females) and availability of the preferred strain of cannabis (20% of males versus 11% of females).

One-quarter of males (25%) and 16% of females think that they will use cannabis in the next three months, higher than the 21% of males and 12% of females who currently consume cannabis.

Whether a person thinks they will use cannabis in the next few months tends to depend on whether they use currently or have used in the past. This is the case for both males and females.

Former (12%) and occasional (less than once a month) (27%) users were more likely to report that they will increase their consumption in the coming three months than people who have never used cannabis (1%).