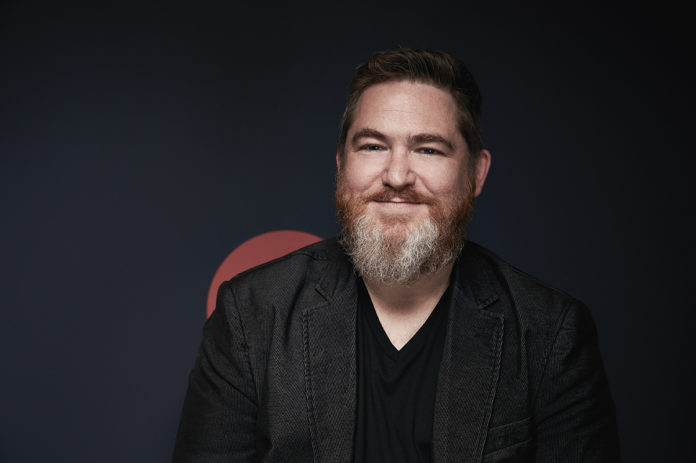 So: you want to make your Canadian cannabis dream grow. Your vision, built around a talented team focused on production and innovation, needs to expand. But to get to where you want to go, you’re going to need more expertise and, of course, more capital.

Who are you going to call?

“I’ll bet on Cannabis Wheaton,” says Jeff Reymer, the managing director of investment banking at Mackie Research Capital. “They have a top-notch team of experts with legal, financial and operational experience to help licensed producers grow.”

And that’s what ABcann, one of the first companies to obtain a production licence under the marijuana for medical purposes regulations, did when it decided to increase its cultivation
footprint. Situated in Napanee, Ontario, ABcann wants to be the first company to have repeatable products in multiple continents and to provide standardized medical cannabis to the world. To get there, Abcann entered into an agreement with Cannabis Wheaton as part of a deal that will see the construction of an additional 50,000 square feet of cultivation space at its Napanee cannabis cultivation facility.

“It’s a very interesting deal, because with our capital we can unlock about eight million grams a year of production…it’s truly a win-win situation,” says Chuck Rifici, chair and CEO of Cannabis Wheaton Income Corp. The ABcann deal is one of 15 “streaming” arrangements in six provinces that Rifici and his Cannabis Wheaton team have put together to fund facility construction, expansion and innovations in exchange for minority equity interests and portions of the cultivation production.

So who is Chuck Rifici and what is “streaming”? Dubbed the godfather of Canadian weed, Rifici is a chartered professional accountant with an MBA from Queen’s University and a BASc in computer engineering from the University of Ottawa.

With over 20 years of financial, operational and entrepreneurial experience, Rifici is a marijuana pioneer in North America, having been involved in the creation of some of Canada’s largest and most successful cannabis efforts. He is best known for having founded Canopy Growth (formerly Tweed Marijuana) and building it into 500,000 square feet of thriving cannabis grow capacity as its CEO. 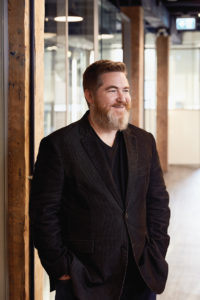 “The Cannabis Wheaton model has allowed us to grow very large, very fast, in what is an incredibly fast-changing regulatory and industry environment”
– Chuck Rifici, Chair and CEO of Cannabis Wheaton Income Corp.

Streaming, meanwhile, is a financing model traditionally used in the mining sector when a company strikes a deal with a mining operation to purchase all or part of its future output in exchange for upfront cash or equity. Last June, Rifici’s Cannabis Wheaton customized that oft used mining financing arrangement to become the first cannabis streaming company in the world.

“I vowed that I wouldn’t miss the opportunity when it came to Canada,” says Rifici, who stood by the sidelines in 2010 when California embarked on the road to legalize marijuana. “I really looked at what the next wave of value was and what the opportunities were.”

The formula Rifici came up with was a three step program to success. Step one: assemble a topnotch team to help implement his vision. Step two: find the right model to provide capital funding and expertise to licensed producers so they could concentrate on cultivation and innovation. Step three: raise the money to finance the model.

On June 29, the company announced it had raised over $50.25 million at the close of its latest offering. And that same month, Cannabis Wheaton brought on board two of the top cannabis industry’s legal minds to take the company on to the next stage.

Hugo Alves and Michael Lickver founded the country’s first cannabis-focused practice group at a large Bay Street firm, and grew that practice into the leading cannabis-focused legal advisory business in Canada. Now, Alves is president and director of Cannabis Wheaton, while Lickver is executive vice president of strategy.

Assembling that sort of A-team to drive a venture is one of the things Rifici lives for as a businessperson. “What really excites me as an entrepreneur and a CEO is you can build out a team of stellar individuals who are all experts in their own fields and really apply them to the model, and that’s what makes Cannabis Wheaton unique,” says Rifici. “The legal plumbing and the regulatory plumbing of our agreements, and the model itself, is very, very unique and it creates a lot of value, but you need the right team to execute on those agreements.”

The streaming model is straightforward, but up until Cannabis Wheaton came along, it was unknown in the cannabis industry. The company provides funding for facility expansions, operations and/or initial construction in exchange for minority equity interests and a portion of the cultivation production. It gives the company’s partners a platform for growth so they can focus on production and innovation.

Not only do the streaming partners get secure financing, they also gain access to all the collective brand, marketing and other expertise of the Cannabis Wheaton team. “Our team provides that extra layer of due diligence and assistance to our partners to review all the top risk elements that you have when you’re trying to build out licensed cultivation,” says Rifici

“Our partners get our capital and they also get our team for free, and I think that makes a pretty compelling case for our partners.” Not only do Cannabis Wheaton’s streaming partners get access to the industry expertise from Alves and Lickver, they can also tap into the thinking of chief creative officer Ian Rapsey, an award-winning creative director who has launched and worked with some of the most recognizable brands in North America. Throw in more high-performing talent, like chief financial officer and chief operating officer Jeff Tung—who has managed more than $3 billion U.S. of deals in the telecom, banking, insurance and tech industries—and streaming partners have experience to draw on.

The sheer scale and diversity of that network is another strength that Cannabis Wheaton can offer both partners and investors. “The nice thing about Cannabis Wheaton is that it really is a nimble platform, and you get portfolio effects where we can truly balance load across our partners,” says Rifici. Under the Cannabis Wheaton model, production can be transferred from one licensed producer to another to get a better price. The company can also use its size to cut better deals with large buyers than the individual licensed producer could.

And for investors, the risk is spread over a wide variety of licensed producers with individualized leadership teams and expertise and specialized growing techniques and innovations. “With our platform we mitigate a lot of those risks,” Rifici explains. “They’re really very strong attributes of the platform that we can give all our stakeholders.”

Moving forward, says Rifici, his focus is on bringing some of the company’s streams online by beginning construction on certain partner facilities. And while his formula for success might have been as easy as “one, two, three,” the supply versus demand numbers are much bigger. “Today we have roughly 40 million grams of supply a year for the medical market, and going into legalization, reports estimate the market size at roughly between 700 million to 1.2 billion grams a year of production,” he says.

That means there’s a huge potential for growth as things stand. But there’s more: “The icing on the cake is that medical research continues to evolve in cannabis and it is just early days, so you’re going to see increased demand for cannabis as a pharmaceutical input, which is not really factored into a lot of the demand reports,” he notes. “Every vector of demand is showing a huge increase is coming, and production is going to lag behind for several years.”

Rifici now has Cannabis Wheaton in a position where they can expand into every province if the conditions are right, perhaps the finest management team a cannabis streaming company could ask for, and the financial resources to start getting those streams working—all in a very compressed timeframe.

“The Cannabis Wheaton model has allowed us to grow very large, very fast, in what is an incredibly fast-changing regulatory and industry environment,” says Rifici. “It’s really like nothing else out there.”