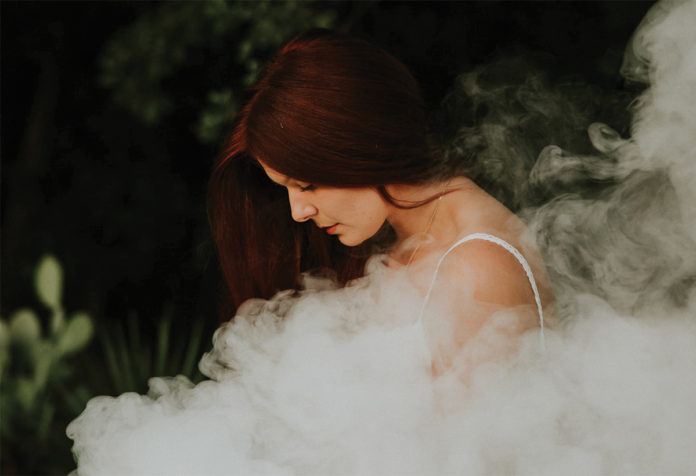 In 2013, I found out I was pregnant. Once I decided to have an abortion, I spent hours relentlessly researching what was about to happen. I read countless testimonials and obsessively memorized the steps of the procedure—from the consultation to the cookies and ginger ale in the recovery room. When the day came, everything went exactly as I had imagined. I couldn’t have predicted, however, that this decision would be the catalyst to understanding the link between mental health and medical marijuana.

I was 21, living in my boyfriend’s parents’ basement and taking a second run at a post-secondary education. I had moved to Ontario in an effort to preserve my relationship and was now very alone in a dreary city that couldn’t compare to Vancouver. So, when I fell into a deep depression and developed severe anxiety, I knew I couldn’t solely blame the abortion. Unfortunately, it was the emotional earthquake needed to unearth a mental health issue I had been long silencing.

At first, I played tough, repeating myself like a broken record: “the abortion was not only my choice but also the right decision.” I got so good at this I even began to nonchalantly talk about it with people, just to prove to myself that I was okay. This was short-lived and gradually it became impossible to make it through a day without dissolving into tears. I would bury myself in crappy reality T.V., junk food and sleep to numb the pain and pass time. My health began to deteriorate and so did my relationships. After finding me curled on the bathroom floor in a sobbing mess, my boyfriend made it his role to talk me through the panic attacks—but this was only helpful if he was around when they hit. Nothing anyone suggested, from breathing exercises to forcing myself to go out, made a difference. I was falling apart.

One day, while at a barbecue, a few of my friends began chatting about the “magic” of medicinal marijuana. One of the guys eagerly chimed in to explain how weed helped him cope with anxiety. This was the first time I had actually sat down with someone who was exploring cannabis as a viable treatment method.

That evening, he spent hours explaining the effects of CBD and THC, and describing their role in different hybrids. I latched on to this new intellectual obsession and launched myself headfirst into a personal trial-and-error. Every time I would experiment with a strain, I would describe its effects to a classmate who worked as a budtender in Toronto. I’d dissect what worked and what didn’t, and he’d suggest something new. Over time I learned how to identify the nuanced side effects of each strain. For example, some high-THC sativas would drastically improve my mood but skyrocket my anxiety, or make me so hyperactive I couldn’t complete day-to-day tasks. It took several attempts before I added Harlequin to my list of “daytime strains”—a sativa that has a one-to-one ratio of THC and CBD. The THC provided the depression relief, while the CBD would counteract the spike in anxiety and leave me clear-headed enough to function normally
throughout the day.

It was working. Cannabis became a temporary liberation from the pain and progressed into full nights of undisrupted sleep. The effects trickled into every avenue of my life. This therapeutic treatment evolved into fully anxiety-free days and has since given me up to several months of relief from anxiety attacks at a time.

Whether it’s a response to your environment, a chemical imbalance or something spurred by a traumatic event, depression and anxiety can be debilitating. An intrusive and blinding sadness bred in the emptiness I felt after the abortion and grew into something I no longer knew how to fight. Cannabis effectively pressed pause on that battle. It lifted the weight long enough for me to regain some strength. I was able to adopt a social mindset again, which enabled me to verbalize my struggle. In turn, the people around me began to find ways to help me emotionally heal.

It was working. Cannabis became a temporary liberation from the pain and progressed into full nights of undisrupted sleep.

Now, I only use cannabis when I feel the occasional swell of anxiety, or to enjoy it recreationally. Back then, however, it facilitated my recovery and helped me develop healthy coping mechanisms.

Four years later, I graduated with honours, moved back to my city and turned my passion for cannabis into a column with Vancouver magazine. My goal now is to help share my experiences in the hopes of normalizing and deconstructing the stigmas surrounding weed use.