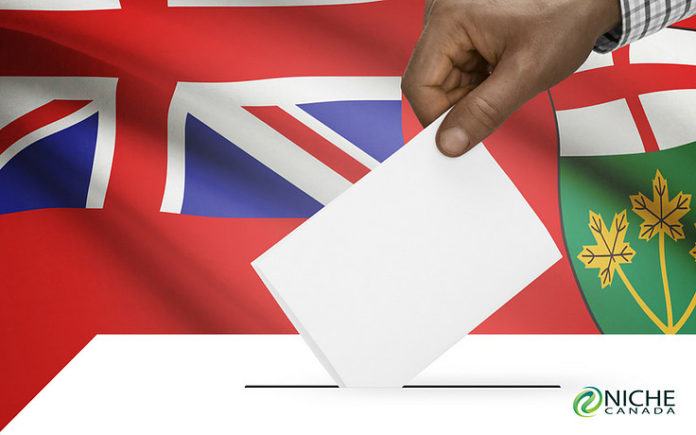 What a difference an election can make.

In a dramatic shift this week, Ontario’s new Premier scrapped the former government’s plan for selling cannabis in government-run stores, and instead announced that recreational cannabis will be sold online through the Ontario Cannabis Store (OCS) website starting October 17, and in private retail stores by April 1, 2019.

The OCS will be the wholesaler to the private retail stores.

“The Government of Ontario will not be in the business of running physical cannabis stores,” said Minister of Finance Vic Fedeli. “Instead, we will work with private sector businesses to build a safe, reliable retail system that will divert sales away from the illegal market.”

The government will now begin consultations with municipalities, Indigenous communities, law enforcement, public health advocates, businesses and consumer groups to develop the private retail store model. It will also draw on the learnings of other provinces like Manitoba, Saskatchewan and Alberta that are moving ahead with private retail stores.

The province says it will have a well-regulated, well-enforced system that will focus on protecting children and youth, ensuring road safety, and fighting the illegal market. Ontarians will have to be 19 and older to buy, use, possess or grow cannabis, and there will be strong tools for enforcement. Minster Fedeli warned that “if a private retailer is caught selling cannabis to any underage buyer, even once, their licence is done.”

Higher financial penalties for impaired driving will come into force on January 1, 2019, and there will be extremely stiff penalties for illegal selling. Storefronts that are being used for the illegal sale or distribution of cannabis will be immediately shut down.

When it comes to public consumption, individuals will be able to use recreational cannabis in private residences, including the outdoor space of a home (e.g. a porch or back yard), or in a unit or on a balcony of a multi-unit residence, subject to a building’s rules or a lease. Ontarians will not be able to use recreational cannabis in any public places, workplaces, motor vehicles or boats.

The government also announced that it will provide $40 million over two years to municipalities to help with costs related to the legalization of cannabis.

There are still some major questions that need to be answered, such as how many retail stores will be licensed and what will the application process look like? The previous government’s plan included 150 brick-and-mortar OCS by 2020. How consumers will react to only being able to buy legal cannabis through a website until next year remains to the seen.

Many in the industry applauded the government’s change in direction, as they had been advocating for private industry participation and more stores to create a thriving industry and combat the black market.

Ontario will be Canada’s largest cannabis market and companies are eager to set up shop and they’re ready to mobilize in a short period of time.

They predict the delay will help facilitate more stores opening and put the province in a better position to curb the black market.

So, while many are cheering the about-face that just rocked the Ontario cannabis scene. The event is also a great reminder that politics changes everything.

These shifts can have a profound influence on policy-making, which can have a huge impact on the issues we care about.

Many elections will be taking place across our country in the coming months, and Premier Ford should be a reminder to all of us that each time we head to the polls, the potential for real change is at our fingertips.