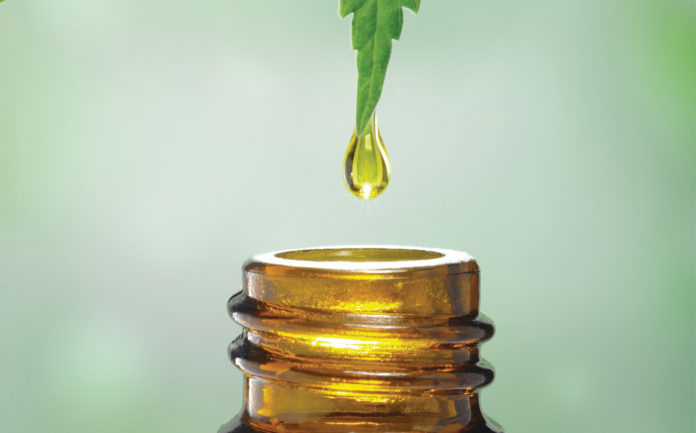 A new study out of Toronto suggests THC and CBD, when used together, can help some children with epilepsy who are resistant to other drugs.

Conducted by researchers at the Hospital for Sick Kids, the study shows “safe dosing and tolerability of a pharmaceutical formulation of tetrahydrocannabidiol (THC) and cannabidiol (CBD) given to reduce seizures and improve quality of life for children with drug-resistant epilepsy (DRE) due to Dravet syndrome,” according to a release from the hospital.

“Suffering from prolonged and frequent seizures, Dravet syndrome is a rare, catastrophic, form of epilepsy that begins in the first year of life,” the hospital explains. “Seizures are typically difficult to treat, and children have many other comorbidities such as developmental delay and significant learning disabilities. There is no cure and the disease is lifelong.”

Despite the expansion of available anti-epileptic drugs, dietary and surgical therapies in the last 20 years, the researchers note that up to 30 per cent of children with epilepsy suffer from DRE and the effects are “devastating.”

“Our study adds to a growing body of evidence that cannabinoids can exert anti-seizure effects and are safe and tolerable in treating paediatric DRE,” said Dr. Blathnaid McCoy, Staff Neurologist at SickKids.

The clinical use of cannabis plant extracts in epilepsy has been limited, until recently, by concern of the psychotropic effect of THC. But the researches note much of the evidence to date has focused on research with a single CBD-only product.

“Research suggests that THC-containing cannabinoid preparations may be superior to CBD-only preparations in their anticonvulsant effect and that the combination CBD/THC products may increase tolerance of THC by reducing its psychoactive properties,” a hospital release states.

“Our study used a specific preparation containing both THC and CBD with a conservative dose of THC,” says McCoy. “In the participants who reached the target treatment dose we saw a statistically significant reduction in motor seizures, and an increase in seizure-free days compared to those who did not reach the target dose. We observed promising clinically beneficial effect’s including a reduction in seizure frequency and improvements in certain aspects of adaptive functioning and quality of life measures.”

The realities and risks of severe DRE and the fears that families live with on a daily basis are what drive researchers to find new improved therapies.

“This therapy has turned our lives around,” says Weightman. “Abigail’s seizures started at eight months old at a frequency of up to 100 per month. At the time of the trial they had been reduced to 10 – 20 per month with medical and surgical interventions and since participating in this trial, Abigail has only had three seizures in the past year.”

As the first study of its kind to examine with rigor the dosing and tolerability of a mixed cannabinoid product containing both CBD and THC in children with DRE due to Dravet Syndrome, these results “set the foundation for further work to advance successful treatment and outcomes for this population of children who until now, had little hope for better health outcomes,” says the hospital.

A limitation in this study concerns the small number of participants, the majority of whom were already taking a prescribed anti-epileptic drug.

Next steps include a large open label study in children with drug resistant epilepsy to assess efficacy.

The medical cannabis oil studied in the trial was developed and formulated by Tilray Inc. Tilray also donated product for the trial and funded the research. Additional support was provided by The Little Rocky Project.