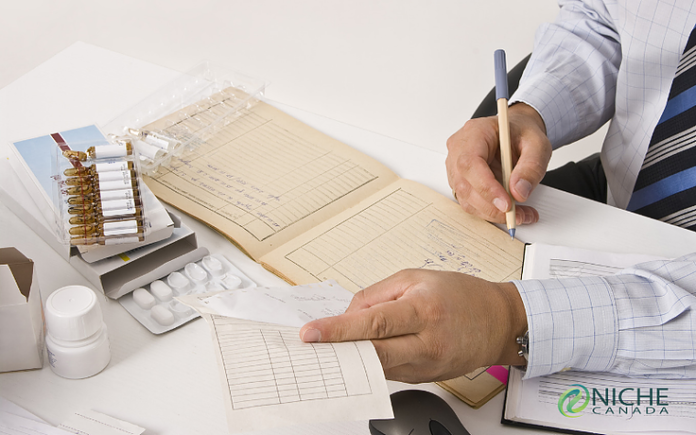 “None of the pills worked.”

This is how many people suffering from post-traumatic stress disorder (PTSD) describe the treatment options that have been provided to them.

Because there is no drug specifically designed to treat PTSD, most doctors will prescribe a cocktail of pills, including anti-depressants, anti-anxiety agents, sleeping pills, anti-psychotics, and tranquilizers, just to name a few.

It’s estimated that about 10 per cent of the Canadian population suffers from PTSD, a mental health condition that’s triggered by a terrifying event — either experiencing it or witnessing it.

Among our veterans, the rates are even higher. The lack of successful treatment options available leads to isolation and, in a lot of cases, an inability to function normally in society.

This past weekend, Canada honoured those who have dedicated their lives to serving our country and we paid special tribute to the 100-year anniversary of the Armistice that ended the First World War.

And while support and appreciation are palpable on Nov. 11, many argue that we are failing the men and women of the Canadian Armed Forces when it comes to helping our veterans cope with the transition to civilian life.

Because for many in the military, the battle continues at home.

Part of the issue involves the lack of successful treatment options for mental health conditions such as PTSD and many are hoping the legalization of recreational cannabis will help alleviate the problem.

Canadian veterans are among the highest users of medical cannabis, with Veterans Affairs currently reimbursing more than 8,000 people for daily cannabis consumption.

The data shows that as veterans’ medical cannabis use increases, prescriptions for opioids and tranquilizers declines significantly.

New research shows that people who have PTSD but do not medicate with cannabis are far more likely to suffer from severe depression and have suicidal thoughts than those who use cannabis.

But, the study was only the first-of-its-kind in Canada.

M-J Milloy, the lead author of the study, says the results underscore the need for increased investments in the science of medical cannabis, including randomized controlled studies designed to explore safety, effectiveness and optimal uses.

Cannabis research has been restricted for many decades because of prohibition and the significant barriers it created.

With the barriers now removed, important research into the medical uses of cannabis can be legitimized and advanced, with many hoping that research on cannabis use among veterans will be prioritized.

While there is plenty of anecdotal evidence of the effectiveness of treating PTSD with cannabis, hard research will help us better understand the benefits and the risks.

It appears the country is listening – new research projects are underway, including Canada’s first randomized, controlled trial to evaluate the impact of medicinal cannabis on PTSD, taking place at the University of British Columbia in partnership with cannabis producer Tilray.

If we take advantage of the opportunities in front of us, our country has the chance to become a global leader in cannabis research.

Canada has the bright minds and the ability to conduct groundbreaking research, which can then be exported to other nations who are looking for leadership.

These advancements, however, can only take place if our governments and academic institutions start making greater investments into this important field of work.

It will take dollars and action to gain a better understanding of how cannabis can provide much-needed relief for those suffering from PTSD.

This article first appeared on NicheCanada.com.