Longtime and outspoken cannabis advocate Dana Larsen said a raid on his Vancouver dispensary this week isn’t going to deter his motivation to increase access amid a legal system that’s made it harder for medical patients to obtain cannabis.

“We were pretty surprised,” Larsen said of the raid, “because our understanding from the city and from the province was that if your dispensary was complying with city bylaws, which we are, and if you are in the process of transitioning into the legal system, which we are, that you could continue selling and providing cannabis to patients as you had been until that process was completed. So I knew that our options were narrowing and that we were going to have to join the legal system or figure out some other solution, but I didn’t expect this to happen.”

But, he said seeing other dispensaries raided in Vancouver did made him think his shop could possibly be next in line. Larsen said officers “emptied out” the dispensary of products including several pounds of cannabis, edibles, extracts and suppositories.

“The whole range of products that we carry,” he said.

“It’s frustrating and of course getting a license is also not really what I want either. I’d be happy to join into the legal system, all things being equal I would much prefer, if our dispensary was licensed and compliant with the law. But the reality is that the day we became compliant and start selling only government cannabis would be the day we would lose 95% of our customers because the legal system is atrocious right now. The quality is not there. The prices are too high. The selection is not available. And we serve a lot of members who are who are medical users who simply cannot afford, do not want, or are not able to use the legal product. I wish it were otherwise, I wish the legal system was better but I also wish local authorities would keep that in mind and allow for a longer transition period as things get worked out – especially for medical patients.”

Our Thurlow dispensary is being raided right now by @BCNDP anti-cannabis squad.

We use dispensary resources to fund vital harm reduction like “Get Your Drugs Tested” centre.

BC doesn’t have money for life-saving drug analysis. But they have plenty of money for dispensary raids!

Despite the raid, which happened this past Wednesday morning, Larsen said his Medical Cannabis Dispensary on Thurlow Street re-opened in a matter of hours.

“We’re not quitting,” he vowed. “We reopened, we’re going to continue doing what we can do…. We told everyone would be reopening by 4:20 p.m. that day and by 3:45 there were 30 people outside lined up waiting to access cannabis and to me that is a real sign of the legal system is not working when people are more willing and wanting to take a risk ordering or buying from us and they do going to a legal shop. And so as long as we’re needed and as long as we’re able, I’m going to try to keep providing cannabis to people and I would love it if the day came where we are no longer needed, where the legal system was so great, the prices were right, the quality was right, the selection was right, and we weren’t needed anymore. I would happily shut my door. But the reality is we are desperately needed and if we disappeared our customers would not all be lining up at the government shop. They will be going back to other dispensaries, going back to street dealers, going back to their friends who supplied them with cannabis.”

Well-known cannabis lawyer Sarah Leamon spoke out after the raid, arguing the enforcement was “heavy-handed” and “punishes Vancouver medicinal users” in an opinion piece published by the Georgia Straight.

“The manner in which our province has profited from, tolerated, and even assisted cannabis dispensaries prior to legalization sits in stark contrast to the newly acquired aggressive—and quite frankly, unethical—approach to cannabis enforcement,” she wrote, noting the shop raided this week has been around for nearly a decade without issue.

“We’re proud of the work we’ve done in the West End,” said Larsen, “serving the community that really needs medical cannabis. We’re right near St. Paul’s Hospital. A lot of our members come from St. Paul’s right over to get their cannabis. We very much see ourselves as a medical cannabis dispensary, unlike the government dispensaries which are forbidden from talking about medical cannabis. The only sell recreational Cannabis. They’re very clear about that. They cannot provide any kind of guidance or information on medical use and I think that is a big problem.”

He said medical access is worse in Canada, now, post-legalization.

“Doctors are more likely to tell patients, ‘I don’t want to sign your paperwork, just go buy it at the shop.’ If you want to access medical cannabis you’ve got to get your doctor to sign off, you’ve got to order it by mail,” he said. “The prices are equally high. The taxes are all there on medical cannabis as well as non-medical. So it’s one of the few things in the world where a medical users who needs it for life-saving benefits has a harder time getting cannabis than someone who just wants to smoke a joint and chill and that seems really backwards. They’re paying the same price and it’s harder to get. That’s one of the many flaws with legalization and why I think a majority of medical users are not operating within the legal system.”

Larsen said that after a long legal battle with the city, he closed down another shop of his on East Hastings.

“The court ruled we had to close, it was us and over a dozen dispensaries all in the same situation,” he explained. “But we didn’t close the doors, we turned it into a harm reduction and drug analysis centre. We have drug-testing machines, so anybody can come in and get their street drugs analyzed, something the province and the city aren’t able to pay for. They have a program like this but it doesn’t work well. So we’re using our cannabis revenues to provide harm-reduction, life-saving services to our community.”

Larsen said he hopes to see provincial and municipal authorities “focus more on getting their own house in order, focus on creating a workable cannabis access system.”

“I’d also focus on creating a safe drug supply overall, decriminalizing drug users, which is being called for by every health authority in the province and the NDP is ignoring those calls – refusing to use their powers to create a safe drug supply, refusing to use their powers provincially to decriminalize drug users and instead of throwing money into this community safety squad, who go out rating cannabis dispensaries and limiting cannabis access,” he lamented.

“I understand in the long term, we’re going to need a fully legal system and that stores like ours may not have a long-term future, but for the immediate future over the coming weeks and months or so, and maybe the coming year or two, they should really be focusing on saving lives and providing safe access and ending the opioid crisis instead of focusing on arrests, and more prohibition. I know they’re somewhat separate issues but to me, these issues are all very much intertwined.” 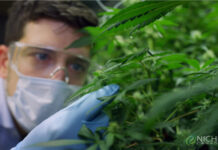 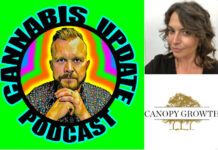 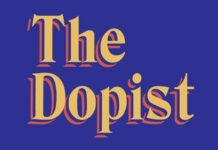 THE DOPIST PODCAST: A look at cannabis dispensaries (and raids) with a budtender 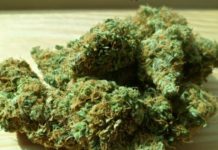 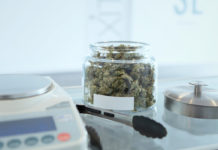 A shifting landscape for Canadian dispensaries