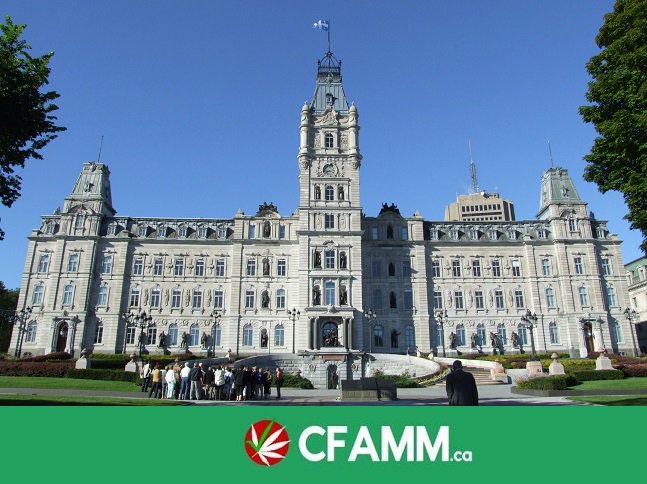 Canadians for Fair Access to Medical Marijuana (CFAMM) have launched a petition calling on the Quebec government to halt its efforts to ban cannabis consumption in all public places when it comes to medical users.

They urge the public to “help defend patients’ rights by telling the Quebec government to allow the use of medical cannabis in public places where smoking is permitted. “

Introduced in the National Assembly in December 2018, The Government of Quebec’s Bill 2 would raise the legal age to purchase, possess and consume cannabis from 18 to 21. The bill also prohibits smoking cannabis in all public spaces across the province.

If adopted, CFAMM says it will “leave thousands of patients with no legal place to use the medicine they need.”

CFAMM urges the government to include an exemption in Bill 2,
An Act to tighten the regulation of cannabis, that will allow medical cannabis patients to medicate anywhere the consumption of tobacco is authorized.

The QC government wants to ban public consumption of cannabis across the province. This will leave thousands of patients with no legal place to use the medicine they need. Click here to sign the petition:

“For tens of thousands of patients in Quebec, the daily use of medical cannabis makes it possible to cope with the symptoms of serious illnesses including acute neuropathic pain, spasticity and neuropathy associated with multiple sclerosis, loss of appetite in patients with HIV wasting syndrome and nausea induced by chemotherapy,” notes a CFAMM release. “These individuals can sometimes consume cannabis several times a day, including in public spaces, to relieve their symptoms.”

CFAMM Vice-President Gerald Major says the organization believes that “when prescribed by a health professional, cannabis should be safe, affordable, reliable and accessible.”

“In addition to the unfair taxes added to medical cannabis by the various levels of government, Quebec patients will now be left with a legal and safe drug but will have no public place to consume it,” Major added. “The use of this medication should not become a source of stress for patients who have chosen to use plants to improve their quality of life. At the end of the day, it’s the patients who suffer. “

Medical cannabis users consume their medication in many forms. CFAMM says part of the reason is that the body responds differently depending on the method of consumption. Smoking or vaping cannabis can act on the body and relieve debilitating symptoms in 10 to 15 minutes, unlike the response time after ingesting oils, capsules or edibles products, which range from 60 to 90 minutes, the organization notes.

For more information and to sign the petition, visit assnat.qc.ca/en/exprimez-votre-opinion/petition/Petition-7639/index.html.